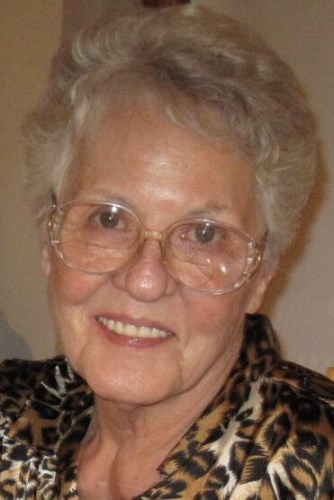 In the early morning hours of Saturday, April 24, 2021, Janice "Jan" Ryman (Rochau) passed away peacefully at the age of 83 in Wichita Falls, Texas. Jan was born in Davenport, Iowa on April 12, 1938, and raised on her family's farm. She was a devoted wife, mother, grandmother, and great-grandmother. She was also an avid animal lover, providing a loving home for many dogs and cats over the years. Jan lived a rich and full life, eventually making her home on the Gulf Coast of Texas.

Jan was preceded in death by her grandparents, Louis and Louise Rochau, her father, Marvin Rochau, her mother, Helen Rochau, her brother, Harley Rochau, her husband, Randy Ryman, her daughter, Michelle Briseño (Gill), and her son-in-law, Robert Briseño.

She will be fondly remembered and dearly missed. In lieu of flowers, please donate to your local Humane Society, a cause dear to Jan's heart.

To plant trees in memory, please visit our Sympathy Store.
Published by Quad-City Times on Apr. 28, 2021.
MEMORIAL EVENTS
No memorial events are currently scheduled.
To offer your sympathy during this difficult time, you can now have memorial trees planted in a National Forest in memory of your loved one.
MEMORIES & CONDOLENCES
0 Entries
Be the first to post a memory or condolences.