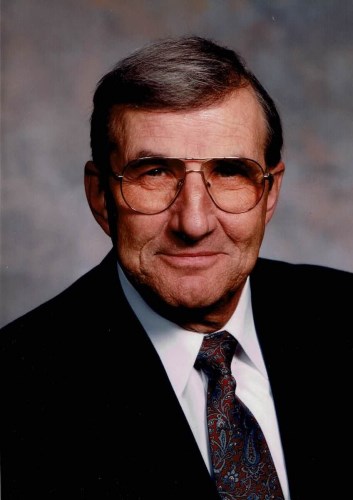 PEORIA, AZ-Jay Terry Spurrier, 84, of Peoria, AZ passed away on July 4, 2021. Jay was born on October 30, 1936 in Davenport, IA and was the son to Elmer Spurrier and Vera Foley. Raised in Davenport, Jay went into the Armed Forces after high school and served both in the Air Force and the Navy. After completion of honorable service, and marrying Patricia McCoy in 1953, they raised four children in Davenport. Jay served 10 years with the Davenport Police Dept, attaining the rank of Detective Sgt, and then going on to retire from John Deere, Inc as Security Supervisor. After retiring, Jay and Patricia moved to Peoria, AZ in 1996 to lead a very active life enjoying golf, travel and socializing with friends. Jay is survived by his son Rick Spurrier and his wife Patsy, son Randy Spurrier and his wife Sally, Deborah Griebel and her husband Jay. He also has seven great- grandchildren and eight great-great-grandchildren. Jay was preceded in death by his parents, brother Lowell Spurrier, and daughter Vicki Bosler. There will be a celebration of his life to take place at Jay and Patricia's home in Peoria, AZ on his birthday this year.

Published by Quad-City Times on Jul. 6, 2021.
To plant trees in memory, please visit the Sympathy Store.
MEMORIAL EVENTS
To offer your sympathy during this difficult time, you can now have memorial trees planted in a National Forest in memory of your loved one.
MAKE A DONATION
MEMORIES & CONDOLENCES
4 Entries
Very sorry to hear this Pat. Mary Ann and I have always considered you two very good friends and I shared email jokes with Jay up until the end. We wondered when we would be getting together again while having dinner at the Roadhouse just this past Friday. Our condolences to you and your family as we will all miss him. John and Mary Ann
John & Mary Ann Tessitore
Friend
July 8, 2021
Pat & Family-we offer our sympathies and hope it gives you comfort to know others are praying for you at this difficult time. Jay made us laugh so many times. He will be remembered by his wonderful sense of humor
Sue & Stu Grendahl
July 7, 2021
Pat and Debby, so sorry to hear about Jay's passing. You and your family are in my thoughts and prayers. You guys were always great neighbors in Davenport.
David L Watson
Friend
July 6, 2021
Bonita and I are sorry to hear of Jays passing, many great memories.
Denny Squire
Friend
July 6, 2021
Showing 1 - 4 of 4 results