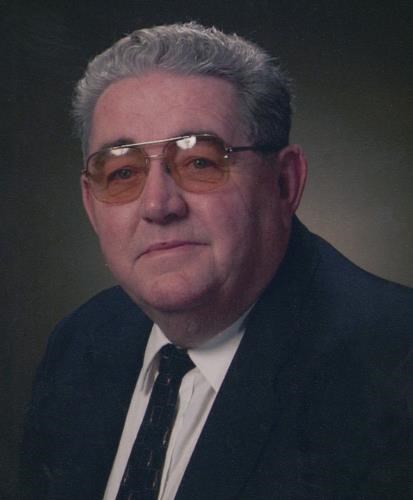 Jimmy "Jim" Dean Hein, 79, of Davenport, IA, passed away Saturday, February 13, 2021, at Genesis East Medical Center. Jim put safety first, and after contracting COVID last fall, his service will be with immediate family only followed by an Iowa Patrol Honor Guard interment at Davenport Memorial Park. Memorials and condolences directed to the family may be sent to Weerts Funeral Home (3625 Jersey Ridge Road, Davenport, IA 52807) to be forwarded to Carol. Online condolences may be expressed at www.weertsfh.com

Jim was active in Boy Scouts and earned the rank of Eagle Scout. Eventually he became an Explorer Post Advisor for his own Explorer Troop in Davenport.

He married his wife Carol Sue Vinzant on September 7, 1963, in Bettendorf, IA. They have been married over 57 years.

In 1966, he joined the Iowa State Patrol and was assigned to Waverly, IA. In 1978, he was promoted to Sergeant in Atlantic. In 1983, he was promoted to Lieutenant in Cherokee where he retired after 31 years of service. During his career, he taught courses at the Iowa Law Enforcement Academy, and started the Chaplain program to assist with trooper support. Jim was extremely proud to be a state trooper. He was also a lifelong member of the NRA, and he loved spending time at the range.

Jim was very talented with his hands and had woodworking and leather workshops making gifts for friends and family. After retiring, he co-owned a golf store in Cherokee and was certified to make custom golf clubs. In his free time, Jim also enjoyed eagle watching on the Mississippi River at Credit Island.

Whenever possible, he loved to travel with Carol and spend time with his extended family. Jim spent many summers at their family cabin in Minnesota teaching the kids to fish and enjoy the outdoors. Highlights were their trip to Hawaii, an Alaskan cruise and their 50th anniversary in Folly Beach, South Carolina with their kids and grandchildren. His most memorable experience was a two-day guest cruise aboard the USS Alabama - a U.S. Navy submarine his son served on as a nuclear engineering officer.

Jim and Carol returned to Davenport in 2011 to be closer to family. They have three children: Kimberly Dawn Hein Hutzell of Spartanburg, SC; Jason Dean and Carol Hein of Colorado Springs, CO; and Kristin Dana Hein and Michael Lizak of Davenport. They are blessed with eight grandchildren: Makayla, Amber and Kaleb (Kimberly); Jacob, Tyler, and Lucas (Jason); and Benjamin and Samuel (Kristin); and two great grandchildren Natalie (Amber) and Blaze (Makayla).

He is also survived by two sisters: Anita Hegland (Richard) of Bettendorf and Linda Faust (Greg) of Charlottesville, VA and many cousins, nieces and nephews.

He was preceded in death by his parents and an older sister Carol Ann.

To plant trees in memory, please visit our Sympathy Store.
Published by Quad-City Times on Feb. 17, 2021.
MEMORIAL EVENTS
No memorial events are currently scheduled.
To offer your sympathy during this difficult time, you can now have memorial trees planted in a National Forest in memory of your loved one.
Funeral services provided by:
Weerts Funeral Home
GUEST BOOK
8 Entries
I'm so sorry to hear about Jim's bout with COVID. I'm sure all the good memories will help at this sad time. I still use a club he made for me in Cherokee.
Donald Harms
February 22, 2021
Carol, I am so sorry to hear about your husband! My condolences to you and family.
BillieSanders
February 18, 2021
I worked with Sgt Hein when he was stationed in Atlantic. I liked him and I learned from him.
I am sorry to hear of his passing.
Glen Larsen
Coworker
February 18, 2021
Jim loved his job as a Iowa State Trooper during his Waverly days (District #9) he was always ready willing and able to work . As a Patrol Pilot that worked with Jim I witnessed his enthusiasm many times .Jim was always quick with the wit and humor. If Heaven has a job for Jim rest assured he will do it well! My condolence to Jim's family He will be missed .

sate
dewey jontz
February 17, 2021
Carol, Kim, Kristin, Jason and Families, So sorry to hear about Jim! The world has lost a great man and Heaven has gained an awesome angel! We have so many wonderful memories of Jim and your family from when you lived in Cherokee. We couldn’t even begin to name the times we would get together just to visit and share or how we would gather at The Family Table after church. Our kids loved spending time with you and we all looked up to Jim for his guidance and leadership. His friendship was definitely a gift from God! You are all in our thoughts and prayers! Praying your memories will help you navigate through this difficult time and through the days ahead.