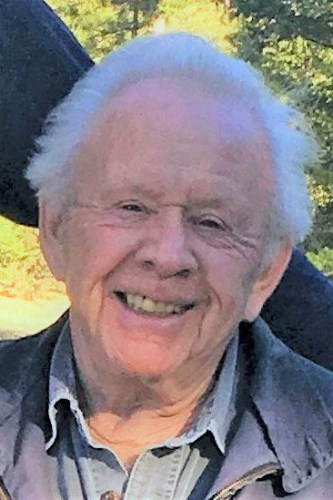 John Arthur Creech was born on December 22, 1938 to Francis Marion "Jack" Creech and Veronica (Ryan) Creech in Washington, IA. John was in the Air Force from 1957 to 1961, where he toured to Nova Scotia and Montana, among other places. John talked about Montana frequently as a place he wanted to return to. John had two siblings, Helen (Creech) Ghys, who survives him in Davenport, Iowa, Richard "Dick" Creech, and Donald Creech, both of whom preceded him in death.

In 1959 John married Priscilla (Young) Creech and they had one daughter together, Barbara (Creech) Wilson, (Steve Wilson) who now lives in Iowa. Barbara gave John and Priscilla 2 grandchildren, Christopher Phillips and Kelsey Van Dyke (Zachary Van Dyke) who both survive him. Kelsey and Zachary have Kaitlynn, Levi, and Shiloh, who are John's great-grandchildren.

John and Linda moved from Iowa to Missoula, Montana in 1979 and later moved to Helena, Montana, where they both lived out the remainder of their lives. John built the addition to their home, crafting many of the custom features himself, as he was an avid and talented woodworker. In later years John would custom build many items including bowls, walking sticks, jewelry, cribbage boards and such and sell them at the local farmers market in Helena.

John died suddenly, at his home, as he would have wished it, on April 18, 2021. A memorial will be held on Sunday, May 16, 2021 at 2pm at the York Community Center, 6040 Nelson Road, York, MT for John's friends and family to gather to reminisce and tell stories about him. If not 100% true, all stories will have at least some basis in truth and will be told to share the best memories of him.

To honor his memory please donate to your favorite charity in his name. Please visit www.aswfuneralhome.com to offer a condolence to the family or to share a memory of John.