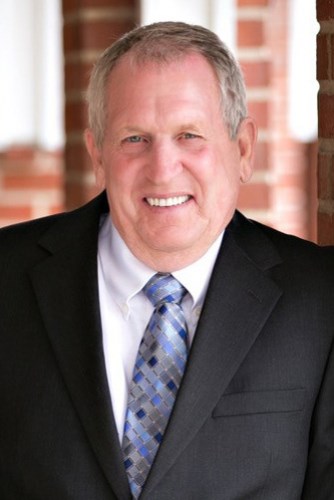 BETTENDORF-John W. Lewis II, 77, of Bettendorf, IA, passed away on January 9, 2021, at his home. Per his wishes, cremation rites have been accorded. A Celebration of Life will be held at a later date. Memorials may be left to The Center for Youth and Family Solutions, Rock Island, IL, Genesis Hospice and Quad City Animal Welfare. Online condolences may be expressed at www.weertsfh.com

John was born on August 17, 1943, in Nassawadox, VA, to John W. and Louise (Leonard) Lewis. In 1965, he began his management career with Geifman Grocery Stores, dedicating 20 years. On June 24, 1966, John was united in marriage to Melva Quick at Holy Family Catholic Church. Shortly after marriage, he joined the United States Army and served in the Vietnam War from 1966 to 1968. After the war, John held several other management positions until 1992 and later retired from True Green Lawn Care in 2012. John was an avid golfer. He loved the game of golf and was very good at it. For the last 20 years, he played at Glenn's Creek. His golf buddies will miss him just as much as his family. He was very proud of his lawn presentation and had the best lawn on the block. John's greatest joy was watching his grandkids grow up. He was fascinated with their development and their eagerness to learn. His granddaughter was the apple of his eye.

He was preceded in death by his parents and a sister, Jill.

John and his family were so appreciative of the care and kindness of Dr. Porubcin, his staff and the Infusion nurses, especially Angel, his hero.

To plant trees in memory, please visit our Sympathy Store.
Published by Quad-City Times on Jan. 12, 2021.
MEMORIAL EVENTS
No memorial events are currently scheduled.
To offer your sympathy during this difficult time, you can now have memorial trees planted in a National Forest in memory of your loved one.
Funeral services provided by:
Weerts Funeral Home
GUEST BOOK
7 Entries
I´m so blessed to have been able to care for him and get to know you both!!! You are awesome people!! I will miss seeing you guys but know that he is not struggling for air anymore and playing golf like he wanted to !!! Thinking about to ... love, Angel
Angel Parks
January 13, 2021
My deepest sympathies to you all I love taking care of John at the infusion center he will truly be missed peace be with you all
Rosalind Barr
January 13, 2021
My deepest sympathies to all of you
Suzette Harper
January 13, 2021
With deepest sympathy to Melva and Nicole . I worked at Geifmans in Rock Island and Milan. John was a great manager and we had a great team of employees . We had many good laughs and he made it a great place to work. Prayers for all of you
Joanne Brown Kerschieter
January 13, 2021
My deepest and sincere condolences to Melva and family! I worked for and with John for 14 years at Geifmans! John was a role model to me...he was also a good friend! Patrick Lage
Patrick Lage
January 13, 2021
Our deepest sympathies to you Melva and your family. John was a nice guy and I´m sure will be missed.
Rick and Pennie
January 12, 2021
My sincere condolences to the family and all of his friends. I had the pleasure of working with John at Geifman's back in the late 60's to early 70's. He was a good man and Manager.
Bob Meiresonne
January 12, 2021