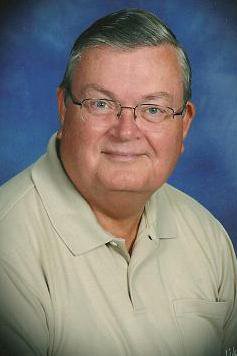 Funeral services will be held at 1pm on Friday, September 24, 2021, at Esterdahl Mortuary & Crematory, Moline. Visitation will be from 3pm – 6pm on Thursday, September 23, 2021, at the funeral home. Burial and military honors will be at Rock Island National Cemetery. Memorials may be made to VVA Chapter 229.

Ken was born on October 29, 1948, in Moline, the son of Robert and Margaret (Anderson) Batten. He married Patricia Beyhl and later married Roxanne Stevenson. He served in the United States Air Force and was stationed at Bergstom Air Force Base in Austin, TX, where he worked on F-4 Phantoms and Air Force One when it was there. He later worked as an engineer for J. I. Case Company, Sears Manufacturing, and the Rock Island Arsenal. Ken was a member of various veteran service organizations such as the American Legion, VFW, and the VVA Chapter 299. He loved working on cars and if it was broken, he could fix it. His greatest joy in life was being able to attend his grandchildren's school and sporting events.

He was preceded in death by his parents, stepson, Rudy Larson, and brother, Thomas Batten.