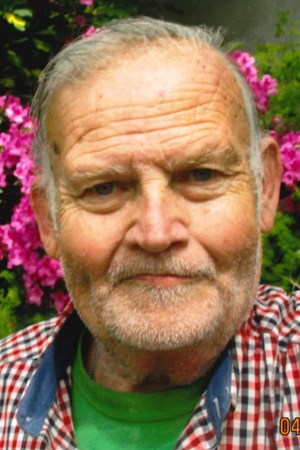 Kenneth Lee Parish, 77, of Montpelier, passed away Monday, September 20, 2021 at his residence. A memorial service will be held at the New Era Lutheran Church at a later date. Inurnment will be held at the Muscatine Memorial Park Cemetery at a later date. A memorial has been established for New Era Lutheran Church or the Muscatine Salvation Army. The Snyder & Hollenbaugh Funeral and Cremation Service of Muscatine is caring for the family. Sympathy notes may be left at www.sandhfuneralservice.com.

Kenny was born December 30, 1943 in the Quad Cities, the son of Newton and Alice Anita (Black) Parish. He graduated from Muscatine High School. Kenny worked for International Harvester until his retirement. He liked convertible cars and was an avid Chicago Cubs and Chicago Bears fan. He had a marvelous memory of numbers and dates. Kenny loved his pets, particularly his late dogs, Becky and Precious. He was a great photographer and photographed many special events for many people.

Published by Quad-City Times on Sep. 25, 2021.
To plant trees in memory, please visit the Sympathy Store.
MEMORIAL EVENTS
To offer your sympathy during this difficult time, you can now have memorial trees planted in a National Forest in memory of your loved one.
Funeral services provided by:
Snyder & Hollenbaugh Funeral & Cremation Services - Muscatine
MAKE A DONATION
MEMORIES & CONDOLENCES
Sponsored by Snyder & Hollenbaugh Funeral & Cremation Services - Muscatine formerly Geo. M. Wittich-Lewis Funera.
0 Entries
Be the first to post a memory or condolences.