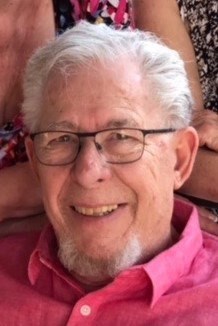 CENTER POINT-Larry Duskin, 81, of rural Center Point, Iowa passed away on Monday, September 27, 2021, at Cottage Grove Place in Cedar Rapids, having lost his battle with congestive heart failure. Memorial Service: 2 p.m. Monday, October 4, 2021, at Murdoch-Linwood Funeral Home & Cremation Service, Cedar Rapids, with visitation one hour prior. Burial of cremains will be at Davenport Memorial Park at a later date.

Larry Dean Duskin was born March 25, 1940, at University Hospital in Iowa City, the son of Cloyd Elmer and Izola Mae (Warnock) Duskin. The following year the family moved from Allerton to Bettendorf, where he was raised and graduated from Bettendorf High School in 1958. Larry was married to Frances Louise Seibert on May 11, 1963, in Princeton, Missouri, and they made their home in Davenport where their children were born, before moving to Waterloo in 1967 and then to Cedar Rapids in 1976. In 1999, Larry and Fran built their dream home near Center Point. Fran preceded him in death on April 3, 2017.

After retiring from Repp Big & Tall Apparel, Larry started working part-time for the Cedar Rapids Golf Department for several years. He and Fran both took up the game and Larry was proud of his hole-in-one shot at Twin Pines in 2010. He was a fan of Iowa Hawkeye sports, but especially of the wrestling team. Larry and Fran were season ticket holders and members of the H.A.W.K. booster club. For many years they enjoyed travelling to the Big 10 and NCAA Tournaments. Larry was also a member of the Martin Lodge No. 624 A.F. & A.M. for nearly 50 years.

Larry is survived by his children, Dawn Duskin (Leonard Durham) of Cedar Rapids and Jeff Duskin of Center Point; sisters-in-law, Donna Klundt of Rock Island, Illinois, and Sharon (Sam) DeMeyer of Milan, Illinois. Also, by his two cousins, who were like sisters growing up, Sue Hamblin and Joan Stopolous.

Larry was preceded in death by his wife, Frances Duskin and his parents, Cloyd and Izola Duskin.

In lieu of flowers, the family suggests memorial contributions to the Hawkeye Wrestling Club, Theatre Cedar Rapids, or the Cottage Grove Place Foundation.

Please share a memory of Larry at www.murdochfuneralhome.com under obituaries.