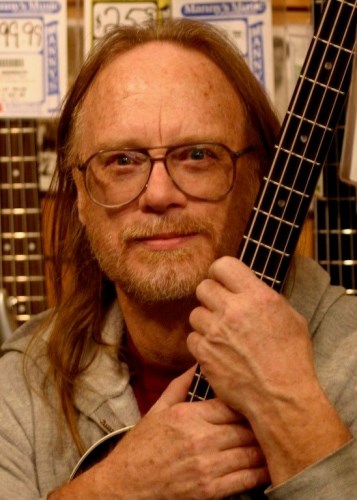 ROCK ISLAND-Leland Guy Albertson, Jr., 71, passed away September 20, 2021 at his home in Rock Island, IL. A visitation will be at Wheelan-Pressly Funeral Home, 201 4th Ave. E., Milan on Friday, September 24th from 2 - 5 pm. A graveside service and burial will follow at Hamlet Cemetery at 5:30 pm. Memorials to the Aledo Band Shell.

"Junior" was born premature weighing only 2lbs. 10oz. on May 3, 1950 in Rock Island, IL. He was the son of Leland and Viola "Katie" Wilder Albertson. He graduated from Rock Island High School and married Peggy Olson Fisher in 1971.

Lee was involved with his sons' activities while they were growing up and was always offering "lectures" on their drives to the Quad Cities. He spent time fishing with his sons and grandchildren and encouraged them in their pursuits.

Lee worked as a machinist in Milan, IL before retiring in 2007, but his real passion was music. Playing music at a young age with his friends, Lee considered himself the fifth Beatle. In the 1970's and 80's, he played bass guitar for a local band, Sweet Country, and was the sound engineer for Songbyrd. After hours, he worked hard as a stage technician at the Mark in Moline just to connect with the touring bands and listen to performances. Throughout retirement, Lee enjoyed playing his bass guitar for several local musicians up until his passing.

He was preceded in death by his parents, brother, Richard Albertson and grandson, Landry Albertson.