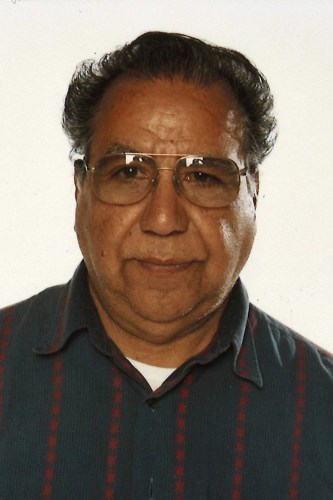 BUFFALO-Lupe Rudy Garcia, 82, a resident of Buffalo, died Monday, January 4, 2021 at his home, following a five-year battle with Alzheimer's.

Lupe was born February 2, 1938 in Iowa City, Iowa, the son of Joseph and Manuella (Sanchez) Garcia.

Lupe served his country in the United States Air Force from 1955 – 1959. He worked as an assembler for the Farmall Plant in Rock Island.

Lupe was a hard worker, and proud of it. He enjoyed woodworking and tinkering, always had a fix for any problems that popped up around the house. He was always ready to lend a hand, enjoyed spending time with his family, and made many trips to Mexico to visit family. He was blessed to spend 30 years with his partner in life, Alicia, who held his hand through his battle, never leaving his side.

He was preceded in death by his parents; sister, Mary; and brother, Jessie.

Online condolences may be made to Lupe's family by viewing his obituary at www.hmdfuneralhome.com.

To plant trees in memory, please visit our Sympathy Store.
Published by Quad-City Times on Jan. 6, 2021.
MEMORIAL EVENTS
Jan
10
Visitation
1:00p.m. - 3:00p.m.
Halligan-McCabe-DeVries Funeral Home
614 Main Street, Davenport, IA 52803
Funeral services provided by:
Halligan-McCabe-DeVries Funeral Home
GUEST BOOK
2 Entries
I always enjoyed talking to Lupe here at CASI. He will be missed.
Harvey L Wiley
January 7, 2021
My deepest condolences to Rudy's family on this time of sorrow. I did know him from coming in to Clark's Landing and genuinely enjoyed it. He will definitely be so missed but know he's up in heaven with Tony joking around can be a comfort. RIP Rudy!
Cindy Koeppel
January 6, 2021