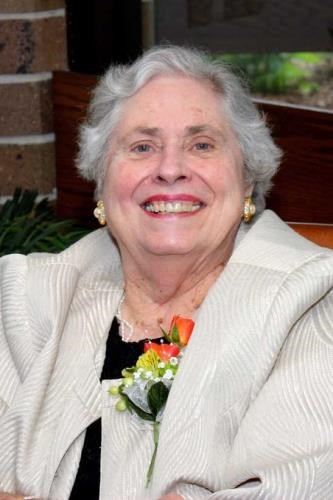 Marilyn was born October 6, 1929, in Lake Geneva, Wisconsin, the daughter of Eugene C. and Leona (Fries) Rome. She graduated from Davenport High School in 1947 and was united in marriage to Raymond W. Pfitzenmaier on June 17, 1950. Marilyn will be remembered for her cheerful smiles, never-ending kindness, compassionate concern for others, and unconditional love. She lived out her faith moment by moment, serving as peacemaker, encourager, and friend. She will be missed greatly by all those whose lives she touched.

To plant trees in memory, please visit our Sympathy Store.
Published by Quad-City Times on Apr. 27, 2021.
MEMORIAL EVENTS
Apr
29
Visitation
5:00p.m. - 7:00p.m.
The Runge Mortuary and Crematory
838 East Kimberly Road, Davenport, IA 52807
Apr
30
Funeral service
2:00p.m.
The Runge Mortuary and Crematory
838 East Kimberly Road, Davenport, IA 52807
Funeral services provided by:
The Runge Mortuary and Crematory
MEMORIES & CONDOLENCES
Sponsored by The Runge Mortuary and Crematory.
2 Entries
Diane, So sorry to hear of your Mom's passing. I still have memories of her hanging out clothes in your backyard on Arlington. I'm sure it was nice to be a bit closer to her while living in Milwaukee. Sending hugs and sympathy,
Kevin and Anne Case
April 29, 2021
We were neighbors until I was 9 years old and she was 12, and remember the year someone gave me a box of chocolate covered cherries for my birthday. Marilyn, aka Bootsie, and another friend ate the whole box because I did not like them. And, yes, they were both sick the rest of the day. Bootsie was instrumental in me going to Zion Lutheran Church for which I have always been grateful.
Marlis Johnson Landreth
April 27, 2021