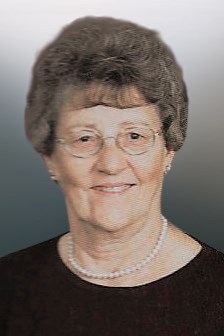 Her funeral service will be held at 11:00 A.M. on Friday, September 17, 2021 at the McGinnis-Chambers Funeral Home in Bettendorf. Visitation will be from 10:00 A.M. to 11:00 A.M. on Friday at the funeral home. Burial will be in Davenport Memorial Park. In lieu of flowers, memorials may be made to the Izaak Walton League Davenport Chapter or the Unity Point Visiting Nurses Association.

She was born in Jacksonville, Illinois on October 27, 1933, the daughter of Roy and Elizabeth May (Andrews) Stewart. On January 26, 1957, she was united in marriage to Roy L. Crafton in Davenport. He preceded her in death on September 14, 2006.

Mary was employed as a clerk at the Iowa/Illinois Gas & Electric Company of Davenport for 33 years, retiring some years ago.

Among the things she enjoyed were fishing, camping, gardening, and sewing.

Those left to honor her memory include her sisters, Neva Aldene of Port Charlotte, Florida, Betty Kadlec of Bettendorf, Nancy (Jim) Thornton of Ankeny, Iowa and Julie Campbell of Davenport; her brothers, Glenn (Shirley) Stewart of Elkhorn, Wisconsin, Bobby Stewart of Bettendorf and Larry (Cari) Stewart of Taylor Ridge, Illinois; and numerous nieces and nephews.

In addition to her husband, she was preceded in death by her brothers, Kenneth, LeRoy, Walter, Donald, Ronald and Dennis; her sister, Ethel Stock; and her beloved "Molly Girl."

Condolences may be expressed to the family by viewing her obituary at www.McGinnis-Chambers.com.