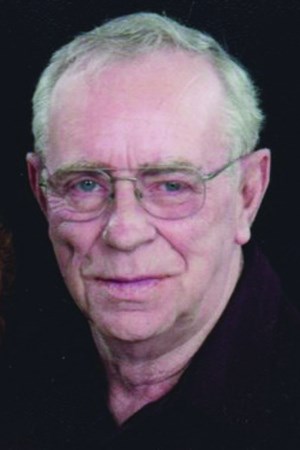 DAVENPORT - Merlyn E. Thompson, of Davenport, Iowa, passed away in his home Thursday, September 24, 2020, surrounded by his loving family. Due to Covid-19, a short visitation from 10:00-10:30 a.m. will be held on Tuesday, September 29, at the Runge Mortuary. A private burial will be held thereafter. Online condolences may be expressed at www.rungemortuary.com.

Merlyn was born July 30, 1939, in Clinton, Iowa, to Mr. & Mrs. Sam and Laverna Thompson. He graduated from Calamus High School in 1957 and enlisted in the United States Air Force, serving in Armed Forces Radio and radar repair, maintaining America's defenses during the Cold War. In 1960, he met and married Patricia A. Dahlgaard and had three children including Ed, Brian, and Jeff. After their divorce in 1981, he then met and married Patricia L. Otto, to whom he was married for the remainder of his life.

Merlyn was a union electrician for more than 30 years, retiring from Kohler Electric of Davenport. He was admired and respected for his skills as a tradesman and an estimator. Merlyn was quick to make friends and has been known to offer a kindly teasing to his nieces and nephews. He coached Little League baseball, including a team with all three of his boys. He was proud of his service in the USAF and a passionate fan of NASCAR.

He will be greatly missed by those knew and loved him.

He is preceded in death by his father, Sam; mother, Laverna; brother, Roland; sister, Myrna; and his son, Jeff.