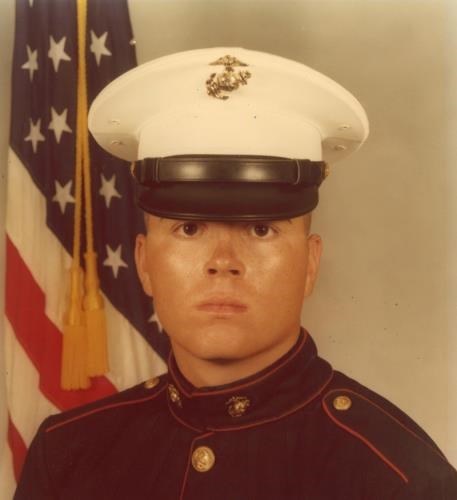 Funeral services will be held at 1PM, Monday, October 19, 2020 in the Halligan-McCabe-DeVries All Faith Chapel. Services will be livestreamed and can be viewed by clicking the link at the bottom of his obituary at www.hmdfuneralhome.com. The link will appear 15 minutes prior to service time. Due to the current health crisis, masks must be worn and social distancing respected. Visitation will be held from 4:00-7:00PM, Sunday, October 18, 2020 at the funeral home. Burial will be in the National Cemetery, Rock Island with military honors. Memorials may be made to St. Jude Children's Research Hospital, Children's Miracle Network, DAV, or any organization that supports our Veterans.

Michael was born on June 1, 1962 in Davenport, the son of Frederick and Deanna (Koss) Haiston.

Michael graduated from Davenport West High School and then served in U.S. Marine Corps. He served time on the U.S.S. Midway aircraft carrier during his service. Many family memories were made during family vacations to watch NASCAR or dirt track races. He then was employed by McDonald Douglas that later became Boeing where he was currently employed. Michael was a Nerd that never grew up. He enjoyed his comic books, video games, RC cars, RC airplanes, motorcycles, dirt bikes and was game for anything. Michael was very active and was a competitive trap shooter and had a black belt. Some of his other hobbies included skiing, boogie boarding, playing ice hockey, roller hockey and was an avid reader. He was a world traveler and had seen many amazing places during his life. Always being game for anything, he was currently learning to fly. Many people were lucky to call themselves his friend.

He was preceded in death by his mother and a nephew.

Online remembrances may be expressed at www.hmdfuneralhome.com. 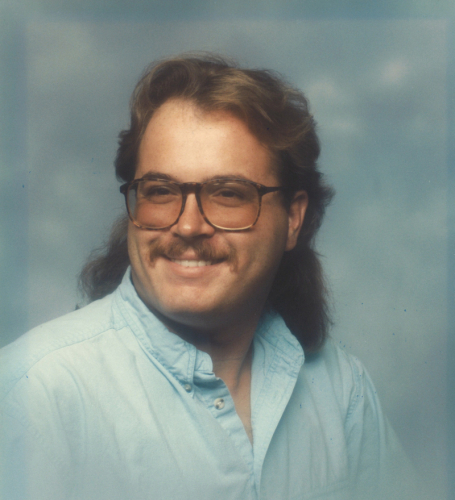 To plant trees in memory, please visit our Sympathy Store.
Published by Quad-City Times on Oct. 17, 2020.
MEMORIAL EVENTS
Oct
18
Visitation
4:00p.m. - 7:00p.m.
Halligan-McCabe-DeVries Funeral Home
614 Main Street, Davenport, IA 52803
Oct
19
Funeral service
1:00p.m.
Halligan-McCabe-DeVries Funeral Home
614 Main Street, Davenport, IA 52803
Funeral services provided by:
Halligan-McCabe-DeVries Funeral Home
GUEST BOOK
6 Entries
We are so sorry for your loss. Michael was a very special person he was like family to us when we were at the hockey games . we all cut up and just we had a very good time he is going to be missed . Love you Mike
Patricia and Bill Mylin
October 18, 2020
I was Mikey's hockey usher for more than a decade. I feel so blessed to have known him & called him friend. My heartfelt sympathy to the family, he was a wonderful man..102 row J seat 1 will always hold his spirit for me. Thank you Lord for bringing Michael to Charleston, for we were blessed.
Gidget Cleland
October 18, 2020
Fred and family, You have our deepest sympathy. So many great memories, Cub Scouts, Boy Scouts, baseball, school and neighbors. Take care and God Bless
John and Judy Tamcke
October 18, 2020
Sorry to read of Mikes passing. We were classmates at West High. Good guy. My condolences to his family. Jon
Jon Small
October 17, 2020
I am so sorry for your lost. My heart is with you as are my prayers. Life can be so hard. Hold fast to each other.
Janice Jones
October 17, 2020
FRED AND FAMILY SORRY TO SEE MICHAEL HAS PASSED. THOUGHTS AND PRAYERS ARE SENT TO YOU
Sandy hanford
October 17, 2020