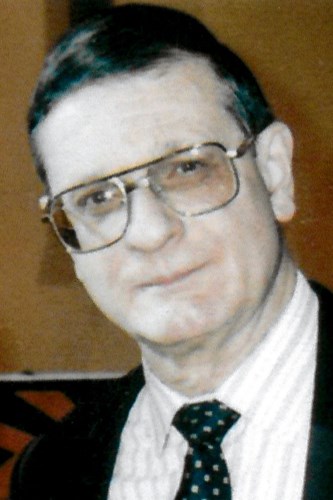 Services are 5:00 p.m. Thursday, May 6, 2021, in the Horizon Room at Trimble Funeral Home at Trimble Pointe, 701 12th Street, Moline, with The Rev. Peter Bredlau officiating. Visitation is 4:00 to 5:00 p.m. and will conclude with military honors presented by Moline American Legion Post #246. Memorials may be made to the family for a fund to be established in Paul's memory.

Paul David Prybil was born June 12, 1941, in Davenport, Iowa, to Paul and Margaret (Gerdts) Prybil. He was raised by his mother and stepfather, Richard Reed. He graduated from Davenport Central High School, where he played basketball and track, and went on to serve in the U.S. Army Reserves. He married Roberta Hanson on March 4, 1967, at St. Mark's Lutheran Church in Davenport.

He retired from John Deere Harvester in 2009 after 30 years with the company. He served on the board of the Moline Blue Marlins and volunteered on his children's sports teams and Cub Scouts. He enjoyed birdwatching, camping, bowling, collecting John Deere memorabilia, and watching Nascar. Above all else, family was the most important thing to Paul, especially his children and grandchildren.

The family invites friends to share stories and condolences at TrimbleFuneralHomes.com.

To plant trees in memory, please visit our Sympathy Store.
Published by Quad-City Times on May 2, 2021.
MEMORIAL EVENTS
May
6
Visitation
4:00p.m. - 5:00p.m.
Trimble Funeral Home & Crematory
701 12th St, Moline, IL 61265
May
6
Service
5:00p.m.
Trimble Funeral Home & Crematory
701 12th St, Moline, IL 61265
Funeral services provided by:
Trimble Funeral Home & Crematory
MAKE A DONATION
MEMORIES & CONDOLENCES
Sponsored by Trimble Funeral Home & Crematory.
9 Entries
I am so sorry to hear of Paul´s passing. May he Rest In Peace. Prayers to you all!
Tara Kroll
May 6, 2021
So very sorry for your loss. My condolences to the family, especially Roberta. You did a great job caring for him. You are all in my thoughts and prayers.
Andrea Siefker
May 2, 2021
How sad, May he rest in peace. We have fond memories of fun days with our kids and Blue Marlins. Our sincere condolences to all the Prybil family
Heather and Ronnie Graham
May 2, 2021
I'm so sorry for your loss. Paul was a very nice guy to work for he will be missed.
Brittany Wright good Sam's caregiver
May 1, 2021
Many great memories of the Prybil family with the Rock Island Y Swim Team. My deepest condolences to the family.
Julie Hartman
May 1, 2021
May God bless Roberta and all of Paul´s children and family. He was a wonderful and courageous man. I was blessed to have known him. Sleep in heavenly peace, dear Paul Kim, Heidi and Daniel Door to Door Transport
kim block
May 1, 2021
So sorry to see this. May he rest in eternal peace.
Joanne Denton
April 30, 2021
We are so sorry for your loss. Prayers to the entire family.
Beth and Greg Weber
April 30, 2021
Hugs and rayers
Dixie Lawrence. . (Reed)
April 30, 2021