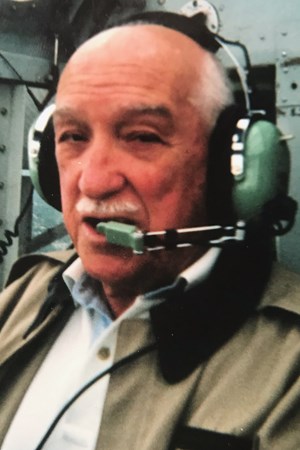 Bettendorf - Richard D. Maine, 92, of Bettendorf, passed away on Monday, November 16, 2020, at his home. Private family services will be held at a later date. Burial will be in the Wapello Cemetery. In lieu of flowers, please make a donation to a local pet shelter or the Humane Society in memory of Richard. Sympathy notes may be left for the family at www.sandhfuneralservice.com. The Snyder & Hollenbaugh Funeral & Cremation Services of Wapello is caring for Richard's family and arrangements.

Richard D. Maine was born October 27, 1928, one of nine children of Earl and Goldie Maine of Wapello, Iowa. He grew up and attended school in the Wapello area. Maine served seven years in Naval aviation, earning several decorations for his Korean War service, including two Air medals. In 1955, he was united in marriage to Charlene Hohenadel, also of Wapello. Maine was a lifetime aviation buff, and built and flew his own airplane at age 75. He was a member of the Experimental Aircraft Association and Veterans of Foreign Wars.

He is survived by his wife, Charlene, also by sons, Jeffrey and Mark, and daughters, Sherry and Jill.

To plant trees in memory, please visit our Sympathy Store.
Published by Quad-City Times on Nov. 18, 2020.
MEMORIAL EVENTS
No memorial events are currently scheduled.
To offer your sympathy during this difficult time, you can now have memorial trees planted in a National Forest in memory of your loved one.
Funeral services provided by:
Snyder & Hollenbaugh Funeral & Cremation Services - Wapello
GUEST BOOK
1 Entry
Our deepest sympathy for you Charlene and your family.
Kathy Dolan Clarke
November 18, 2020