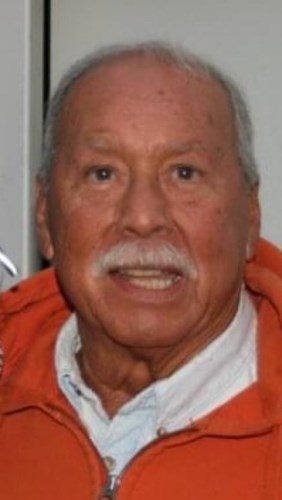 BETTENDORF-Richard J. Flores Sr., 89 of Bettendorf, passed away, surrounded by his family on Monday, November 9, 2020 at his home. Due to the pandemic, the family will have private family graveside services at the Rock Island National Cemetery, Rock Island, IL, where military rites will be conducted by the American Legion #26.

Richard was born on April 22, 1931 in Moline, IL, the son of Jesse and Carmen (Alvarado) Flores. He married Colleen McGovern on January 31, 1959 in Galesburg, IL. They were later divorced. He served in the U.S. Navy during the Korean Conflict. He graduated from Rock Island High School.

Richard worked at the Rock Island National Arsenal for 30 years, as an Arms Specialist. Richard was an avid Hawkeye fan, he enjoyed walking and riding bicycles. He loved the sun and warm weather. He was very kind to everyone and would give the shirt off of his back and his last dollar.

He was preceded in death by his parents, brothers; Ralph Flores, Fred Flores, Joseph Flores and sisters, Mary Salais and Millie Ruiz.

The family would like to thank those who took special care of Richard at a time when he needed it most, including, Molly and Cody Sullivan, and

Genesis hospice nurse, Casey. They would also like to thank those taking part in the service including, David Navarro, and Father Peter of St Patrick's Catholic Church, Colona, Illinois.

Online condolences may be shared with Richard's family at www.McGinnis-Chambers.com

To plant trees in memory, please visit our Sympathy Store.
Published by Quad-City Times on Nov. 12, 2020.
MEMORIAL EVENTS
No memorial events are currently scheduled.
To offer your sympathy during this difficult time, you can now have memorial trees planted in a National Forest in memory of your loved one.
Funeral services provided by:
McGinnis-Chambers Funeral Home
GUEST BOOK
1 Entry
I can't believe your gone it's like a dream I miss you dad and love you we will see eachother again some day
Rich
November 21, 2020