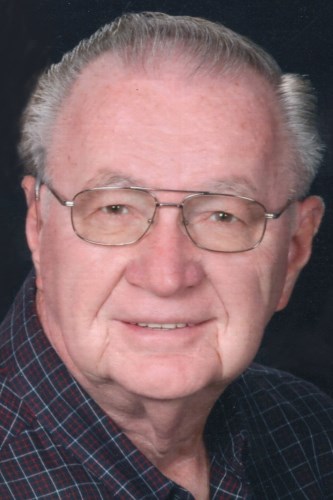 SILVIS-Robert "Bob" Norin, 80, of Silvis, IL passed away at him home surrounded by his family. There will be no services at this time. Memorials in Bob's name may be made to Disabled American Veterans.

Bob was born on March 8, 1940 in Moline, Illinois to Charles and Mary Norin. Following high school, Bob joined the United States Army Airborne. He was united in marriage to Sharon Neyrinck on July 4, 1959 in Rapid City. After his time in the Army, Bob joined the East Moline Police Department, where he served for 25 years, retiring in 1990. He was very proud of his community and believed strongly in building a good relationship with those in the community. Bob had a wonderful sense of humor and could often be found playing practical jokes on his coworkers. Even after his retirement, Bob was always busy doing something, from fixing things around his house to house maintenance for his neighbors in Arizona while they were gone. While he was in Arizona, he became a big fan of the Diamond Back baseball team. Nothing was out of reach for Bob, at the age of 42, he started his journey in martial arts and at 43 he earned his black belt and when the weather was nice he could be found out on the golf course. Bob's greatest achievement though was being a grandfather; he absolutely adored his grandchildren and great grandchildren.

Online condolences can be made to the family by visiting his obituary at www.nationalcremation.com/location/phoenix

To plant trees in memory, please visit our Sympathy Store.
Published by Quad-City Times on Feb. 14, 2021.
MEMORIAL EVENTS
No memorial events are currently scheduled.
To offer your sympathy during this difficult time, you can now have memorial trees planted in a National Forest in memory of your loved one.
Funeral services provided by:
Weerts Funeral Home
GUEST BOOK
6 Entries
my sympathy for your loss
john gnatovich
February 23, 2021
So very sorry for the loss of your father. It sounds like he was a wonderful man, and a stellar person in the community. Our sympathies to you all.
Ted and Marilu Wink
February 23, 2021
I'm sorry for your loss. It's always difficult to lose loved ones, but our memories will keep them with us always. Their character, words and actions are so much a part of what we are that they will live through us for generations. Peace be with you during this time. Steve Wright
Steve Wright
Coworker
February 22, 2021
Sorry for your loss.Worked for the City approximately same time .Bob on police and me on Fire dept.Good man and a life well lived.
Fred L Hahn
February 21, 2021
I am so sorry for your loss I really enjoyed hooking up with you guys recently after so many years. We were a part of his life in Hampton. May God give you peace. Linda Anderson
Linda Griffin
February 21, 2021
I used to work with Darrin and Montey at the Dept. Of corrections in East Moline. My deepest sympathies go out to your family.
J jamison
February 19, 2021