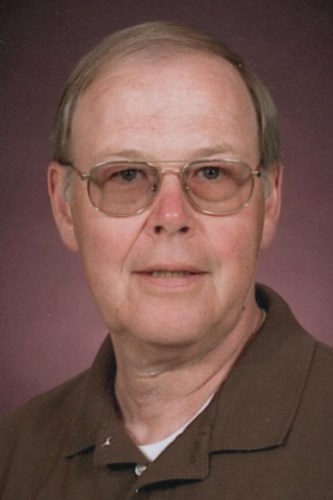 BETTENDORF-Robert Francis Shriver, 73, of Bettendorf, Iowa, and formerly of Charles City, Iowa, passed away peacefully on the 19th day of January, 2021, at Genesis East Hospital in Davenport, Iowa. Per Robert's request, he will be cremated and buried in Sacred Heart Cemetery in Burlington, Iowa. A Memorial Service will be held at a later date. Robert was born on January 2, 1948 in Charles City, Iowa to James William (Bill) and Leona Mae Shriver (Idler). After proudly graduating from Charles City High School in 1966, he attended college at the University of Iowa in Iowa City, Iowa; graduating with honors and distinction in 1970 with a B.A. in physics and mathematics. As a freshman he achieved membership in Phi Eta Sigma honor society and was designated a Phi Beta Kappa recipient upon graduation. He continued in graduate school in the Business College obtaining an M.A. in operations research. While in graduate school he joined the Reserve Officer Training Corp (ROTC) and graduated as an officer in the U.S. Army and as a Distinguished Military Graduate. He served as an Army reservist for eight years following graduation.

In 1970 Robert married Joan Carol Mickelson at the Zion Lutheran Church in Iowa City, Iowa. Joan and Robert were blessed with two sons, Scott Robert Shriver and Steven Michael Shriver. In 1976 Robert married Kathy Diane Mundt at Bethany Lutheran Church in Burlington, Iowa. They were blessed with a son, Robert Paul Shriver, in 1983 in Davenport, Iowa.

Robert began his career in 1972 working as a salesman for Burroughs Corporation in Davenport, Iowa. He sold and installed computers in a variety of businesses, but focused primarily on government entities and financial institutions. In 1978 he joined the consulting division of McGladrey Hansen & Dunn (RSM), a public accounting and consulting firm. He was promoted to Manager in 1980 and Partner in 1982. In 1987 he and another partner started a national consulting group within McGladrey which was headquartered in St. Paul, Minnesota. The consulting group was responsible for providing information technology consulting services to McGladrey clients on a nationwide basis. Robert took over management of the national consulting practice in 1997 and managed its 200+ employees until semi-retiring in 2004. He then worked part-time for McGladrey until fully retiring in 2008. During his career at McGladrey he and his group achieved numerous honors for quality of service to McGladrey clients. In his spare time during his career, Robert co-authored 14 books on various business and technology topics.

In Robert's early adult years he loved playing racquetball, jogging, and playing golf. Throughout his life, he also enjoyed fishing, hunting, camping, hiking and biking. Over the years, he made numerous fishing trips to Wisconsin and Canada focusing on walleye, pike and bass. Robert also was an avid sports fan, loving his Iowa Hawkeyes, and interested in all college and professional football and professional golf. Robert went on two mission trips to Guatemala representing his church, Grace Lutheran of Davenport, Iowa.

Memorials may be directed to Grace Lutheran Church in Davenport, Iowa.

To plant trees in memory, please visit our Sympathy Store.
Published by Quad-City Times on Jan. 24, 2021.
MEMORIAL EVENTS
No memorial events are currently scheduled.
To offer your sympathy during this difficult time, you can now have memorial trees planted in a National Forest in memory of your loved one.
Funeral services provided by:
Weerts Funeral Home
GUEST BOOK
Sponsored by Weerts Funeral Home.
2 Entries
Mrs. Shriver our prayers are with for God´s grace and comfort to cover your heart.
Jim and Sue Dennis
January 26, 2021
Our thoughts and prayers are with the family.Bob was a smart guy that I had the pro ledge to work with early in his career. Rest In Peace. Mike Duffy
Michael Duffy
January 26, 2021