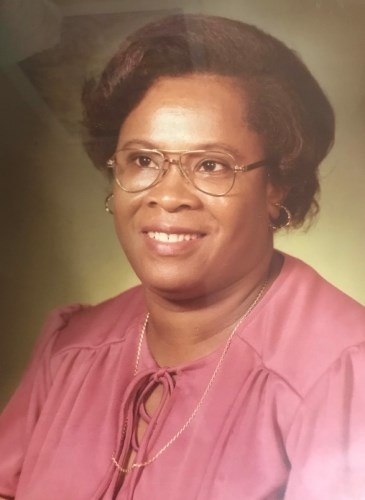 She was born January 24, 1939, the 6th child of Julianne and Alphonse Jeanty, in Cap Rouge, Haiti. Rosanna subsequently moved to Port-au-Prince, the capital, and there met her future husband, Jean Figaro. They were both very active in church youth groups and leadership. Jean and Rosanna married December 4, 1969. They started a family and business almost immediately and their first and only child was born one year later in 1970, Mary Kathleen Figaro. After founding a growing business, the political situation in their native country led to their decision to move to the United States. Here, they quickly began working and Rosanna rose in her company, Ramada Inn, to become an award-winning supervisor. She retired early at age 62 and continued working part-time before giving up work entirely to move to Nashville, Tennessee to help take care of her grandchildren. Rosanna has been an integral part in her grandchildren's lives. She was a warm and welcoming presence in their life and cared for them tenderly.

Rosanna was a woman of great faith and love, quiet in her compassion for others but actively helping and witnessing to others in her life. Both she and her husband were Deacons for over 20 years in St. Paul Baptist church, Montclair, New Jersey and were also deacons at Glenwood Baptist Church, Nashville.

She will be missed by her loving husband of 51 years, Jean; her daughter, M. Kathleen, her son-in-law, Alan and her two grandchildren, who adored her.

Condolences and tribute at www.schultzfuneralhomes.com.

Arrangements are in the care of Schultz Funeral Home.

To plant trees in memory, please visit our Sympathy Store.
Published by Quad-City Times on Nov. 22, 2020.
MEMORIAL EVENTS
Nov
27
Service
4:00p.m.
A service will be held at 4:00 p.m. CST, Friday November 27, 2020 via zoom.us . Webinar ID: 85864661054. Passcode: 881599.
GUEST BOOK
2 Entries
My deepest sympathy for the Figaro family,great woman of faith ,I am going to deeply miss her voice and compassion and through our phone conversation;miss you greatly.
marjorie roche-frederique
November 27, 2020
May God keep the family strong and unit. Rest and peace Rosanna
Germain Ronaldo
November 23, 2020