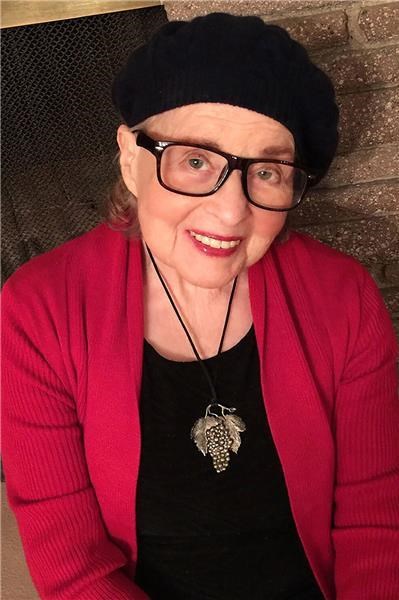 Saralie Ida Rakow Shallman passed away on February 19, 2020, in Los Angeles, CA, due to complications from heart surgery. She was 85 years old.
Saralie was an extraordinarily talented artist and painter, a beautiful singer and piano player, a lover of animals, a voracious reader, and an excellent listener. She was also a brave, beautiful woman who loved her family and whose family loved her with all their hearts.
A native of Chicago, Saralie graduated from High School at the age of sixteen and received her Associate's Degree at Wright Junior College. She also appeared on the "Rubin's Stars of Tomorrow" TV show on WGN and considered a career in entertainment-until, at the age of seventeen, she met the love of her life, a young Marine private named William "Bill" Shallman, and married him shortly thereafter.
Newlywed Saralie worked as the Executive Secretary for the Vice President of Jim Beam in Chicago for four years. In 1956, Bill took a job at the Army Management Engineering and Training Agency (AMETA) at the Rock Island Arsenal, prompting the couple to relocate three hours west to the Quad Cities, eventually settling in Rock Island.
While Bill rose through the ranks at AMETA, Saralie devoted herself to raising their five children, Nancy, Morton, Debra, John, and Dan. She also developed a wonderful style of portraiture, painting oil portraits of everyone in the family, including an amazingly lifelike painting of Bill in his Ph.D. robes and her son John as the famous "Blue Boy" by Gainsborough. When her youngest child entered public school, Saralie returned to the workforce, managing the Luggage and Gift shop in Davenport for many years.
After Bill's retirement, Saralie and Bill moved to Woodland Hills, California, to be close to their children and grandchildren. Saralie's later years saw her enjoying the California sunshine, staying in shape in the pool with Bill, and above all, spending time with her family.
In addition to her five children, Saralie was blessed with two wonderful daughters-in-law, Lani (John) and Ellen (Dan), two amazing sons-in-law, Peter (Nancy) and Brad (Debra), and ten adoring grandchildren, Allan and David Yourke, Aaron and Ethan Blick, Ariana, Nina, Benjamin and Jonah Shallman, and Noah and Eva Shallman.
Saralie was preceded in death by her parents, Rose and Joseph Rakow, and both siblings, Abraham Rakow and Lorraine Rakow Fink. Services for Saralie were held on Sunday, February 23, 2020, at Mount Sinai Memorial Park in Los Angeles. She now rests beside her beloved Bill, her husband of nearly 67 years, who passed away on December 13, 2020.
To plant trees in memory, please visit our Sympathy Store.
Published by Quad-City Times from Feb. 21 to Feb. 22, 2021.
MEMORIAL EVENTS
No memorial events are currently scheduled.
To offer your sympathy during this difficult time, you can now have memorial trees planted in a National Forest in memory of your loved one.
GUEST BOOK
0 Entries
Be the first to post a memory or condolences.