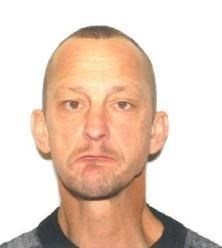 DONAHUE, IA-Sean Barnhill, 53, of Donahue, IA, passed away unexpectedly, but peacefully, Tuesday, November 10, 2020, at home. A Celebration of Life service will be held at 4:30 p.m. Sunday, November 22, 2020, at Don's Pub in Donahue (101 N Main St, Donahue, IA 52746). Arrangements were entrusted to Weerts Funeral Home in Davenport. Online condolences may be expressed at www.weertsfh.com.

Sean was born December 20, 1966, to Morris David and Sandra (Franz) Barnhill in Davenport, IA. He graduated from West High School in 1986. During his senior year of High School Sean was on the wrestling team that won conference and district in 1985. After High School he attended St. Ambrose College for two years. Sean met Katharine Haynes and fell in love, and the two were married on May 20, 2000, in Bettendorf, IA. Together they had two children, Megan and Collin. He worked for McCarthy Construction and the City of Davenport for 20 years and was a member of the Teamster Union. Sean's interests included horses, sports; especially the Cubs, Bears, Hawkeye's football and wrestling. He was very strong and proud of his interest in his Irish Heritage. Sean enjoyed traveling with family, across Western Europe and South America. Despite having Cerebral Palsey, he never let that be an excuse in his life. Sean was strong willed and proved a lot of people wrong. He was independent throughout his life and lived it well.

Sean will be missed by his wife, Katharine; his children: Megan and Collin; his father, Barney; a step-son, Zack; and an aunt, Loretta Lim. He was preceded in death by his mom, Sandra.

The family would to extend special thanks to Joe Farrel and Ted Tescheck, who were always there for Sean.

To plant trees in memory, please visit our Sympathy Store.
Published by Quad-City Times on Nov. 21, 2020.
MEMORIAL EVENTS
Nov
22
Celebration of Life
4:30p.m.
Don's Pub
101 N Main St., Donahue, Iowa 52807
Funeral services provided by:
Weerts Funeral Home
GUEST BOOK
11 Entries
Sean was a real joy to be around !! He had a great family, and lots of friends to enjoy through out his life. Rest In Peace buddy !!
Matt & Shelley Lucas
November 29, 2020
My memory of Sean is from high school. He made copies of our test for everyone, passed these out moments before Mr. Barnhill entered the classroom. Needless to say, the class retook the test. I hope this memory makes you smile in lighter moments as you remember his prankster side.
Ginger Jones
November 27, 2020
Was shocked to hear of Sean´s passing. My sympathies to his family. He was a friend to all, and will be dearly missed. Too young to be gone. Rest easy Sean.
Shelley Stock
November 22, 2020
Condolences. Barney. I remember Sean in our wild days when he was a young boy
Gary Pinkerton
November 22, 2020
May God bless you, Sean, as you´re welcomed into heaven! Peace be with you! Our thoughts and prayers go out to you, Barney and family! Sincerely, Julie and Peter Bush
Julie Bush (Loken)
November 21, 2020
Sorry for your loss
Mike Colclasure
November 21, 2020
Barney sorry to see of Sean´s passing. RIP. Prayers are with you and family
Sandy Hanford
November 21, 2020
Barney, I'm SO sorry to hear this. Prayers for both of you.
Dave Springer
November 21, 2020
I had the great pleasure of meeting Sean through a mutual friend, in the late 80s. We became good friends and I always admired how he never let ANYTHING slow him down (along with his infectious sense of humor and laugh). Loyalty to those he loved, will always be remembered. I grieve from AZ, but smile as he is celebrated.
Christopher Hart
November 21, 2020
On behalf of the class of 79 at West High, our condolences to you Mr Barnhill, and your family in this great loss you all are experiencing. Prayers for your peace of mind and heart. Stay healthy!
DWHS Class of 79
November 21, 2020
I met Sean years ago on the Job site, a really Great Guy who worked hard was a pleasure to meet and work with him. God Bless Him and May His Spirit and Many Memories Guide You All Through This Journey Of Life.
Sue Hanson
November 21, 2020