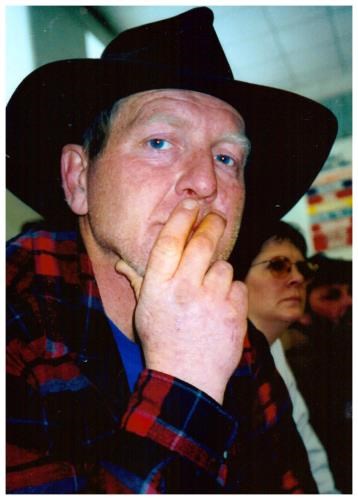 MORRISON-Stephen Earl Blasdell, 62, of rural Morrison, died Saturday, January 2, 2021 at home surrounded by his family. Due to restrictions of COVID-19, a Private Resurrection Mass will be held at St. Mary's Catholic Church, Morrison, IL. A recording of Steve's Mass will be available for viewing Thursday morning by visiting his obituary at www.gibson-odefh.com. Public Visitation will be from 4-7 pm on Tuesday, January 5th at Gibson Bode Funeral Home, Erie. Face coverings and social distancing will be required. Burial will be in the Fenton Cemetery. Contributions may be made to the family for a memorial to be determined.

Steve was born April 16, 1958 in Morrison, Illinois, the son of Louis and Shirley Blasdell. He graduated from Erie High School in the class of 1977 and then received a degree in mechanics from Scott Community College. He married Ginger Poage in Fenton August 8, 1981. Steve went to work at 3M in Cordova and retired from there in 2016 after 35 years. He was most proud of his work on the Thermo Oxidizer at 3M. Following retirement his love for mechanics lead him to start his own business working on lawn mowers. Steve shared his passion in mechanics over the years with his family, Louie, Alan, Wiley and Ryan. He was especially proud when Wiley opened his own shop at the homestead and carried on the family tradition. Steve owned many cars and anyone who ever rode with him knew his driving skills. This trait was also handed down from his Dad.

In addition to mechanics, Steve loved the outdoors and was a sportsman. He enjoyed hunting, fishing, camping, riding motorcycles and his side-by-side around the Fenton countryside. He was a lifelong member of the Morrison Sportsman's Club, coming in on the coattails of his Dad, Louie who helped start the Club. He was a Past President, Board Member, and avid working member. Steve also taught Hunter's Safety courses with Tom Ryan, Rod Borkovec, and Paul Drummond. From 1994 until retiring from in 2017 he helped teach 2,265 students, including many family and friends.

He was preceded in death by his parents, Louie and Shirley Blasdell. Share a memory or condolence at www.gibsonbodefh.com