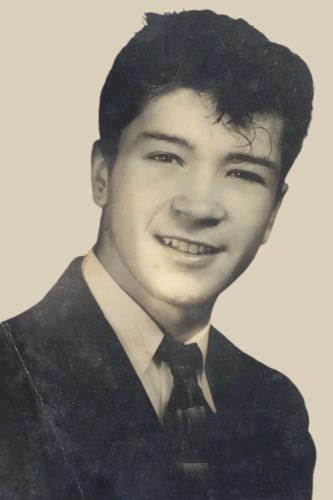 DAVENPORT-Funeral services to celebrate the life of Terrance R. "Terry" Fugate, Sr., 77, of Davenport, will be 6 p.m. Thursday, April 29, 2021 at the Halligan-McCabe-DeVries Funeral Home. Visitation will be Thursday from 4 until 6 p.m. at the funeral home. Private burial will take place in Davenport Memorial Park. Memorials may be made to the family.

Terry died Monday, April 26, 2021 at ManorCare, East Locust, Davenport after a brief illness. He was surrounded by family at the time of his passing.

Terrance Richard Fugate was born on October 1, 1943 in Davenport, a son of Lloyd A. and Violet A. (McGovern) Fugate. He proudly served our country in the Army as a missile specialist from 1961 until 1964. He was a member of the American Legion Post 26

Terry was united in marriage to Elizabeth Patricia Conn on December 6, 1969 in Rock Island. They have shared over 51 years of marriage together.

Terry worked as a teamster ready mix driver for Local 371 for 36 years. He also worked for Fugate and Son Construction alongside his father. Prior to working concrete truck driver, he worked at ALCOA.

Terry loved nature. He enjoyed fishing, playing cards, and was a great lover of all animals.