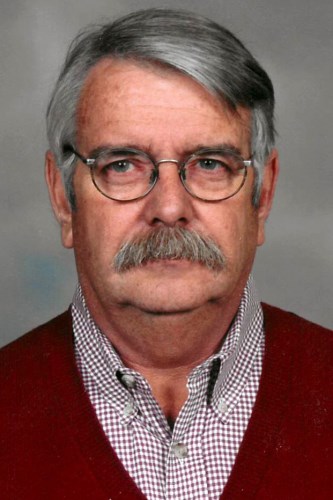 Cremation will take place at Trimble Crematory, Moline, under the direction of Cremation Society of the Quad Cities. Burial will be in Rock Island National Cemetery at a later date.

Terrill Craig Uhr was born December 24, 1946, in Davenport, Iowa, the son of Raymond "Lyle" and Grace Antonette (Griffin) Uhr. He graduated from Bettendorf High School in 1964 and went on to serve in the U.S. Army. He married Carol Sue Koppenhaver on July 16, 1971, in Wilton, Iowa.

Terry took part in the painting apprentice program and remained active in the program. He took over his parents painting business, R.L. Uhr Decorating, which he purchased in 1979 and operated until 2014.

He enjoyed reading and anything with a motor, especially boats, motorcycles, and cars.

Terry is survived by his beloved wife of nearly 50 years, Carol; a sister, Becky Uhr of Davenport; and two nephews, Taylor Uhr and Jon Koppenhaver. He was preceded in death by his parents.

To plant trees in memory, please visit our Sympathy Store.
Published by Quad-City Times on Feb. 15, 2021.
MEMORIAL EVENTS
No memorial events are currently scheduled.
To offer your sympathy during this difficult time, you can now have memorial trees planted in a National Forest in memory of your loved one.
Funeral services provided by:
Trimble Funeral Home & Crematory
GUEST BOOK
4 Entries
So sorry for your loss. Thinking of you and good times we had.
John Ramm and Kathy Pikuza
February 17, 2021
Carol I am so sorry for your loss. May God be with you. Jane Kreimeyer
Jane Kreimeyer
February 16, 2021
Carol, I'm so sorry to hear of Terry's passing. My thoughts and prayers are with you and your family.
Jan Nelson
February 16, 2021
I'm a painter and was surprised to see of Terry's pasting . I had lunch a few times with Terry at Sports Fans . I was a Midget racer and besides sharing painting tales we also could talk racing . So what happened to Terry , hope it wasn't Covid . Will miss seeing Terry .
Mike Dannenfeldt
February 15, 2021