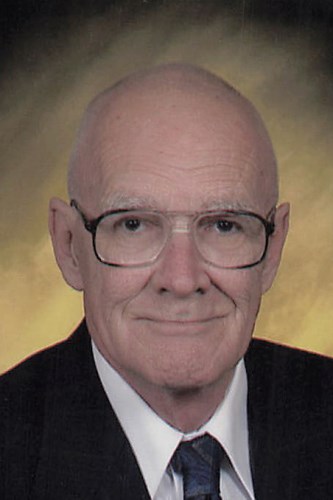 A Mass of Christian Burial will be held at 11:00 a.m. on Friday at Our Lady of Lourdes Catholic Church, Bettendorf. Visitation will be from 10:00 a.m. until the time of service at the church. Burial will be at Mt. Calvary Cemetery, Davenport. In lieu of flowers, the family asks that donations be made to Genesis Hospice Center, The Marine Corps Scholarship Foundation, or Our Lady of Lourdes Catholic Church.

Born Terry Chester Charles Edens on September 18th, 1935, in Davenport, Iowa, he was the only child of Chester and Naomi (Fischer) Edens. He married Kathryn "Kathie" Sibert on September 24th, 1955 at Our Lady of Lourdes in Bettendorf. Together they raised three children: Timothy, Tammy, and Thomas.

Terry served in the Marine Corps Reserves for 28 years, 11 months, and 11 days. During that time, he worked several jobs to support his family, but most notably, was his work as a first responder with the local ambulance service in Davenport, IA. While working as a first responder, he helped save many lives. One survivor said, "As a gravely injured crash victim who Terry helped save in 1964, on behalf of myself and others I can say that I know his life saving efforts will never be forgotten." - Marti Mull Belluschi

A loving husband, father, and grandfather, Terry will be remembered for his quick wit, his love for the grandcats, the many woodworking crafts he made for family members, and his devotion to help other people.

Terry was preceded in death by his parents.

Online condolences may be shared with Terry's family at www.McGinnis-Chambers.com.