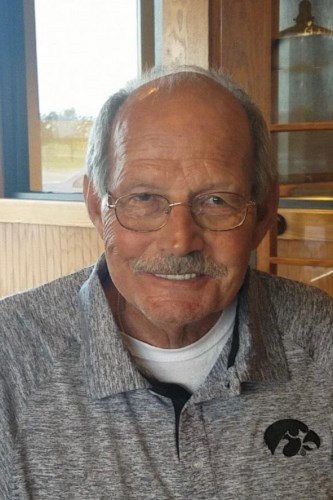 Tom was born October 10, 1944, in Chicago, Illinois, to John and Bonnie (Esau) Martin. Following graduation from Davenport High School, he served in the U.S. Navy from 1963 to 1969. He married Margaret "Evie" Jones on June 1, 1974, at St. John's Methodist Church in Rock Island, Illinois. The couple resided in Davenport, where Tom served as a Police Officer until 1983. He then drove for JM Swank/JRRW until retiring in 2005. They then enjoyed spending time with family and friends until health declines necessitated their move to the Veterans Home in 2018.

Tom was a member of the American Legion Post #154 and the V.F.W. #9128 both in Bettendorf. He enjoyed bowling, watching westerns, leathercraft, ceramics, and spending time with his grandkids.

The service will be streamed at https://www.facebook.com/schultzfuneralhomes.

Condolences may be expressed and a photo tribute viewed at www.schultzfuneralhomes.com.