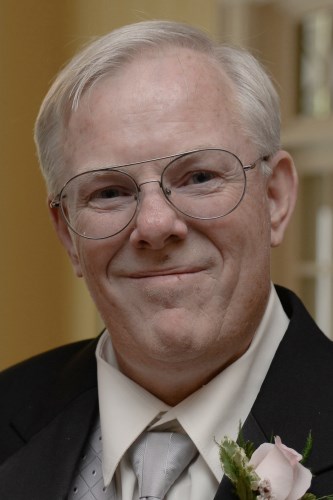 BETTENDORF-Timothy A. Arndt, 60, of Bettendorf, Iowa, passed away on Monday, March 8, 2021 at Genesis Medical Center, East Campus in Davenport.

Private graveside services will be held. In lieu of flowers, memorials may be made to The University of Iowa Stead Family Children's Hospital or to the Rheumatoid Arthritis Foundation,

Tim was born May 13, 1960 in Davenport, the son of Stephen & Ann (Burnside) Arndt. He was a 1979 graduate of Central High School in Davenport and had served in the National Guard. Tim was united in marriage to Lisa A. Plank at Grace Lutheran Church in Davenport on October 31, 1981.

Tim had taught adaptive physical education for 27 years in the Moline School District. He was active in coaching, had taught health and social science and had also volunteered for and was a member of Special Olympics. His memberships included All Saints Lutheran Church, the Illinois Association for Health, Physical Education, Recreation and Dance and the National and Illinois Education Associations.

He enjoyed travelling and being outdoors, fishing, hiking and kayaking. An avid reader, he also enjoyed gardening and baked goods of all kinds. Tim called himself the luckiest guy in the world, having the ability to fix practically anything and enjoying the time spent with his family and friends.

Online condolences may be expressed to the family by visiting Tim's obituary at www.McGinnis-Chambers.com.

To plant trees in memory, please visit our Sympathy Store.
Published by Quad-City Times on Mar. 14, 2021.
MEMORIAL EVENTS
No memorial events are currently scheduled.
To offer your sympathy during this difficult time, you can now have memorial trees planted in a National Forest in memory of your loved one.
Funeral services provided by:
McGinnis-Chambers Funeral Home
GUEST BOOK
Sponsored by McGinnis-Chambers Funeral Home.
2 Entries
Deepest condolences to you and your family, Lisa. Many thoughts and prayers are coming.
Ronda Morrison
March 15, 2021
Sending sincere condolences to all of the family. I didn't know Tim but he sounds like an amazing person. Ann, Sending you a virtual hug.
Don and Judi Hamann
March 15, 2021