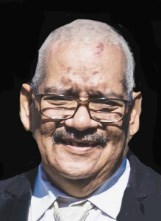 Funeral services will be held at 10:30 A.M. on Saturday, January 23, 2021 at McGinnis-Chambers Funeral Home in Bettendorf. Burial will be in Glendale Cemetery in LeClaire. Visitation will be from 3:00 P.M. to 7:00 P.M. on Friday at the funeral home. Due to the Covid virus, masks are required and social distancing expected for those wishing to attend. Casual and/or sports team attire is suggested. In lieu of flowers, memorials may be made to the family.

Tim was an independent delivery contractor for the Quad-City Times for many years. In earlier years, he was employed by Sivyer Steel in Bettendorf.

His favorite restaurant was the Duck Creek Pancake House, and his favorite beverage was rum & coke. He enjoyed playing golf, bonfires, and most of all, spending quality time with his beloved wife, kids, and grandkids.

Those left to honor his memory include his wife, Kristine; his daughters, Katie (Ryan) Shadden of Clinton, Iowa and Nicole (Brandon) Conger of Davenport; his sons, Brandon Trujillo in Arizona, T.J. (Stephany) Trujillo of Camanche, Iowa and Austin (Alexis) Trujillo of LeClaire; his grandchildren, Lexi, Joshawa, Lucy, Gregory, Bentley, Londynn, Riley, Kinnick, Maya, Conor, Maria (Bia) and Wyatt; his brothers, Mike Trujillo, Tom Trujillo and Joe (Rhonda) Trujillo, all of LeClaire; and his parents-in-law, Richard and Loretta Hartz of LeClaire.

Tim was preceded in death by his parents, his brother, Robert Trujillo and by an infant brother.

Condolences may be expressed to the family by viewing his obituary at www.McGinnis-Chambers.com

To plant trees in memory, please visit our Sympathy Store.
Published by Quad-City Times on Jan. 20, 2021.
MEMORIAL EVENTS
Jan
22
Visitation
3:00p.m. - 7:00p.m.
McGinnis-Chambers Funeral Home
644 River Dr, Bettendorf, IA 52722
Jan
23
Funeral service
10:30a.m.
McGinnis-Chambers Funeral Home
644 River Dr, Bettendorf, IA 52722
Funeral services provided by:
McGinnis-Chambers Funeral Home
GUEST BOOK
5 Entries
TJ, Austin, Kris and the rest of the Trujillo family: The Tappas, the Colt League/Senior Division, and Bettendorf-Pleasant Valley Youth Baseball are all so heartbroken for you because we know Tim was a truly special man. He spent many a night volunteering for "dugout duty" over the years at Devils Glen and McCausland, guiding high school/college-aged kids and helping make baseball possible for them in our community. Bless Tim and bless you for sharing your treasure with us. Please take comfort, as we will, in all the good memories of Tim talking, laughing and smiling -- of his passion for life, and his infectious love of baseball, kids, and his friends and family.
Steve Tappa
January 22, 2021
Kris, we are very sorry for your loss of Tim, he alway's had a smile on his face and could make anyone laugh. We pray for Comfort and Peace for you and your children. God tell's us in the Bible to be Absent from the body is to be present with the Lord, for God has gone to prepare a place for us. A place of peace and ever lasting life of no pain but Love . Sincerely Jack & Kathy
Jack & Kathy Moore
January 21, 2021
I truly sorry for the loss of Tim! I knew the Family & hung around Tommy, in my younger years. May God be with You All, as you go thru this terrible loss.
Jeannie Calkins Reyes
January 20, 2021
T.J- Life doesn´t seem fair sometimes and this is one of those moments. Your father was one of the good guys. I am deeply and sincerely sorry for the loss of your father. My condolences.
Michelle Krieger
January 20, 2021
I'm sorry guys for your loss Tim was a great guy and I know he's in heaven looking down
Jr gill
January 20, 2021