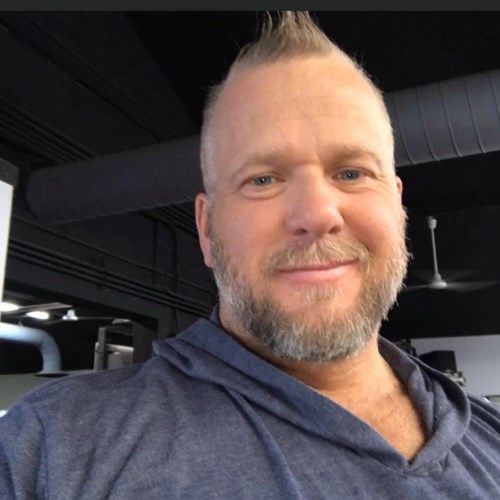 BETTENDORF-Timothy J. Williams (Big Tim), 47, of Bettendorf, Iowa passed away unexpectedly on Wednesday, September 15, 2021 at Trinity Rock Island. Funeral mass to celebrate his life will be held on Friday, September 24, 2021 at 10am at Our Lady of Victory. Visitation will be on Thursday, September 23, 2021 from 4 - 8pm at Weerts Funeral Home. Burial will be at Davenport Memorial Park Cemetery with a gathering afterwards at Tanglewood in Bettendorf. Memorials in Timothy's name may be made to his daughter Marisa Williams.

Timothy was born on April 13, 1974 to Elmer and Geraldine Williams Jr in Davenport, Iowa. He graduated from Davenport North High School in 1992. Timothy worked at Harlan's Restaurant from 1990 to 2020 as a cook, maintenance man and eventually a Manager. He later went to work at John Deere as a factory line worker and a fork lift operator. Timothy was an avid San Diego Chargers fan and when he wasn't working, he spent a lot of his time in the gym. His first gym membership began in 1996 with DJ's Gym on the West-End, where he started his journey at 6' and 135lbs (scrawny). He forged an extremely close bond and friendship with the owner DJ and often referred to him as his "other brother". Timothy always spoke with great love, loyalty and respect of his gym family and thought of his gym, as a home away from home. His most recent gym was Top Shape Gym in Rock Island, where he thrived from 2017 to 2021.

Timothy's also had an obsession with muscle cars and motorcycles that started at a young age while watching his father work on cars and riding on the back of his Dad's motorcycle. His very first car and motorcycle purchase was a 1978 Trans Am and a 1990 ZX-7, with which he spent countless hours modifying and detailing; his most recent collection included his Mustang and Harley Davidson.

Timothy was a hard worker and extremely loyal to his friends and family. If anyone needed anything, he was there for them no matter when, or where he was. Timothy's big stature, was only overshadowed by his even bigger heart.

Those left to honor Timothy's memory are his children Marisa, Jacob, and Zachary; his siblings: Elmer (Reah) Williams III, Eileen Martinez, and Nicholas Williams; his father Elmer Williams, Jr., his significant other Chioma Ezeugwa and her daughter Bella; his nieces and nephews: Jessica (God-daughter), Christian, Austin, Sydney, Alyssa, Jeremy, Dylan, and Kolton; and his best friend, his dog Cutler (named after one of his favorite bodybuilders). He was preceded in death by his mother Geraldine and his grandparents: Elmer and Alvina Williams, Phillip and Nan Fullam, and Julia Fullam.

Fond memories and expressions of sympathy may be left to his family by visiting his obituary at www.weertsfh.com