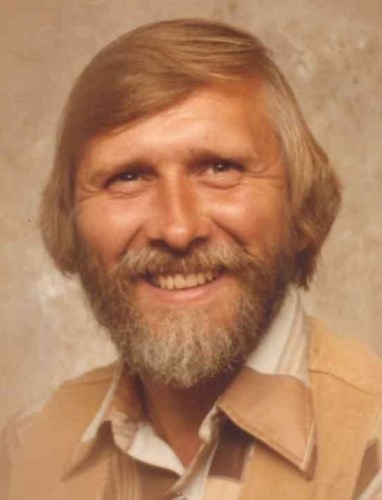 BLUE GRASS- Tom passed away at Clarissa Cook Hospice in Bettendorf Tuesday, the 14th of September. He is fondly remembered by his wife Barbara and son Bret. He was preceded in death by his son Shawn in 1983. He also lost both his mother, Ruth Dau, and his stepfather, Arnold Dau; his stepbrother Donald; and in-laws Thelma and Bob Broderick; brothers-in-law Gary, Jim and Chuck Broderick. He also lost his brother Ben of Belize.

He is surely missed by Bob and Joan Broderick, Kevin Broderick and Regenna Broderick. Plus all of his nieces and nephews, of which there are too many to list, but were loved very much by Tom.

Tom stay at home until he went to hospice under the care of Bret, who misses him beyond measure, and his wife Barb.

We thank all of the caretakers that helped us keep him home. Special thanks to Vonda Jaques, Amy Salsberry and Maryjo Smith. Such caring people surrounded him with love and time. I would also like to thank the hospice workers who were so kind to all of us, and the ambulance guys that helped with the transport.

Published by Quad-City Times on Sep. 21, 2021.
To plant trees in memory, please visit the Sympathy Store.
MEMORIAL EVENTS
To offer your sympathy during this difficult time, you can now have memorial trees planted in a National Forest in memory of your loved one.
MAKE A DONATION
MEMORIES & CONDOLENCES
13 Entries
Oh my goodness, I am so sorry to learn this very sad news. Tom was such a kind caring man. I met him when his son, Bret called my company to transport dad to a doctor appointment. He was a very appreciative man and adored his family. May he sleep in heavenly peace Kim B (Door to Door Transport)
kim block
Work
October 10, 2021
Brett and Barb my deepest sympathies for both of you. Tom was a great guy. Prayers and big hugs love you, Harvey
Veronica Harvey
September 24, 2021
Rest In Peace Uncle Tom- The unconditional love you showed to so many will come back to you triple fold in Heaven! We know now you are stronger than you have ever been and will watch over us all. Prayers to everyone!
The Wise´s
Family
September 23, 2021
Tom and Barb were very close in my life when I needed love I was so young and I can say they were my second parents ,living next to you I appreciated it beyond words Even if we have not seen you in years you have always been in our thoughts and prayers God be with you and your family in this time of need Rest In Peace Tom We love you Barb and Brett
Bill and Shirley Sparks
September 23, 2021
Love you and sending thoughts and prayers to you all. Hugs and kisses Barb.
Tammy Stoffers
Friend
September 23, 2021
Sorry for your loss Bret.....carry the memories close as you proceed each day.
Jo Freeman
September 21, 2021
Very sorry to hear of Tom´s passing.
Doc Brown and all at Bell Animal Hospital
September 21, 2021
I will miss Tom I always enjoyed talking with him. He was top of his trade people would comment on his work quality and his friendliness. I am sorry for the loss of Tom and wish for Strength in Barbs and Family´s heart during this sad time
Douglas Dau
Family
September 21, 2021
So sorry to hear the news of Tom's death. Tom was a hard worker and a devoted family man. He will surely be missed'
Ronald Dau & Betty Dau
Family
September 21, 2021
So very sorry for your loss....sending prayers to all.
Judy lemburg
September 21, 2021
Bret, so sorry to hear of the loss of your father.
Mark Bishop
Friend
September 21, 2021
Dear Bret and family, I'm sad for you, and want you to know I'm thinking of you at this time. It is so difficult to lose a loved one. May your memories give you strength.
Laurie Massey
September 21, 2021
Our sympathies to Brett and Barb during these trying times
Gary and Joan Smith
Work
September 21, 2021
Showing 1 - 13 of 13 results