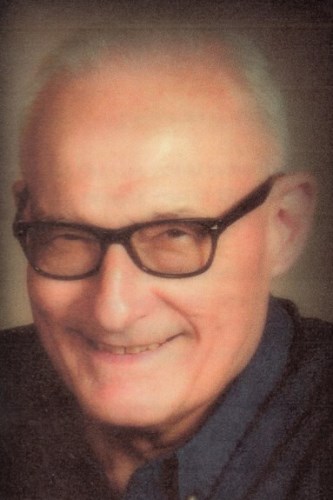 BETTENDORF-Victor A. Belanger, 81, a resident of Bettendorf, IA, passed away on Thursday, February 11, 2021, at Clarissa C. Cook Hospice House. To honor Vic's wishes, cremation rites have been granted and a Memorial Service to celebrate his life will be held at a later date in April, 2021, at Weerts Funeral Home in Davenport, IA. Memorials may be directed to the American Cancer Society for Research (P.O. Box 22478 - Oklahoma City, OK 73123), or St. James Lutheran Church (1705 Oak St, Bettendorf, IA 52722). Online condolences may be expressed at www.weertsfh.com.

Vic was born March 18, 1939, in Hayward Wisconsin, the son of Mike and Luanna Belanger. He attended Ashland High School, graduating in 1957. Vic served in the Navy for four years. In addition to other assignments, he served as the Navy Representative in the White House Color Guard for the Eisenhower Administration.

After Vic's service in the Navy, he attended Duluth Business University. In 1963, he was united in marriage to Carol E. Harvey in Ashland, WI. They lived in Duluth, MN until moving to Iowa in 1968. Vic worked for PPG Industries for 35 years, 30 of those in Davenport and then five in Chicago. Vic and Carol moved back to Iowa in 1993.

Vic was a member of Redeemer Lutheran Church and St. James Lutheran Church in Bettendorf. An avid runner, Vic pounded the pavement of the Bix course dozens of times every July. He was an Iowa football season ticket holder for 32 years, a life-long Green Bay Packer fan, and volunteered his time coaching his two sons in youth sports.

In recent years, he enjoyed watching his Granddaughter and Grandson continue their athletic careers at the college level and served his community by delivering for Meals on Wheels.

He was preceded in death by his parents and his sister Delores. Those left to survive his memory include his wife Carol, sons Mark Belanger (Grafton, WI), Scott Belanger, (Greenville, SC); five grandchildren: Kasia Belanger, Hannah Belanger, Alexa, Grant and Aubrey Belanger.

The family would like to extend a special thanks to the staff at Clarissa C. Cook Hospice for their outstanding care during Vic's final days.

His memory will live on in our hearts forever.

To plant trees in memory, please visit our Sympathy Store.
Published by Quad-City Times on Feb. 14, 2021.
MEMORIAL EVENTS
No memorial events are currently scheduled.
To offer your sympathy during this difficult time, you can now have memorial trees planted in a National Forest in memory of your loved one.
Funeral services provided by:
Weerts Funeral Home
GUEST BOOK
2 Entries
Vic was a wonderful and faithful Meals on Wheels volunteer. He was so kind , dedicated and willing to help. I have been praying for him. May God bring you peace and comfort. I am so very sorry. Julie Belman
Julie Belman
February 15, 2021
Dear Carol and family, We are so sorry to hear of your loss. We remember so well having Mark on a Little League team and what fun you & Vic were to have as friends then. Were so happy to have you as friends again at St. James. We hope to be able to see you all in person whenever there is a service for Vic. He was a wonderful person and we look forward to honoring him then. Pat & Ray Larson
Ray & Pat Larson
February 14, 2021