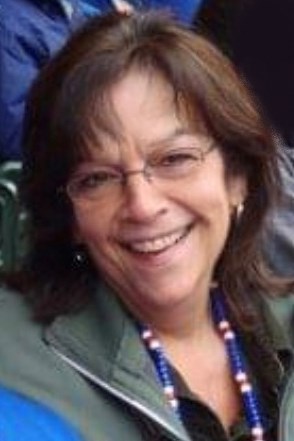 Victorea (Durant) Olson, "Vickie" became an angel in heaven on Friday, September 17, 2021 at the age of 62 years, 6 months and 2 days. Her passing was very unexpected after a brief illness. Visitation will be Thursday, September 23, 2021 from 4 to 7 pm at The Runge Mortuary. A celebration of her life will be Friday, September 24, 2021 at 10 am at The Runge Mortuary. Those attending are asked to dress casually since that is how she would want it. She was a blue jeans type of girl. Her final resting place will be in Davenport Memorial Park Cemetery. Memorials may be made to the Multiple Sclerosis Society. Online condolences may be left at www.rungemortuary.com.

She was born the second of nine children on March 15, 1959 in Davenport to Donald and Shirley (Houseal) Durant. Growing up on the family farm, she learned many valuable lessons, such as, being a team player, hard work, love of family and much more. She graduated from Davenport West High School in 1977, and began working at the Rock Island Arsenal after graduation. She retired from there after 35 years of service in May, 2013.

Vickie married her soul mate, Chester Olson on October 7, 1994 in Davenport. Her and Chet enjoyed many activities together, such as participating in old west and some Civil War reenactments, golf (only if she could drive the cart), and watching baseball and football. Vickie was originally a Cardinals fan until after she met Chet and he converted her into a Cubs fan, and she was also an avid Hawkeye fan. She even enjoyed an occasional game of darts with one of her sisters-in-law. Vickie had been a member of the Eagles and Moose Lodges.

She was loved by many and will be greatly missed. She had a way of making others around her smile. Because she lived close to her mom, she was the one to drive her mom to the doctor and take her shopping the majority of the time. Vickie was a very loving, caring and generous person.

Published by Quad-City Times on Sep. 21, 2021.
To plant trees in memory, please visit the Sympathy Store.
MEMORIAL EVENTS
Sep
23
Visitation
4:00p.m. - 7:00p.m.
The Runge Mortuary and Crematory
838 East Kimberly Road, Davenport, IA
Sep
24
Celebration of Life
10:00a.m.
The Runge Mortuary and Crematory
838 East Kimberly Road, Davenport, IA
Funeral services provided by:
The Runge Mortuary and Crematory
MAKE A DONATION
MEMORIES & CONDOLENCES
Sponsored by The Runge Mortuary and Crematory.
2 Entries
Oh Vickie, didn't we have fun! There are soooo many memories of shenanigans and laughter, from the fair, hayrack rides, scary parties at Grandma Wilma's(she was a champ!) Family Nights, and the list goes on. I will always remember you with a smile. Rest in peace my friend.
Jill (Porstmann) Hermiston
Friend
September 21, 2021
I´m so sorry to hear this about Vicki. I knew Vick through my sister Anna Hitchcock who has passed on May 19, 2021. Vicki was a very c Kind loving person. I Romberg when my sister got her twin puppies from Vicki she was so happy. R I P Vicki you will be greatly missed.
Sandra Hitchcock Quinn
Family
September 21, 2021
Showing 1 - 2 of 2 results