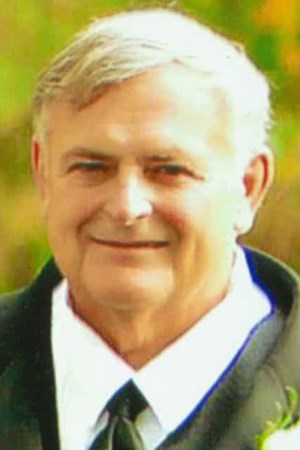 Vincent was born on April 15, 1947 in Herrin, Illinois, a son of Walter and Erma Franceschina Sapinski. He married Paula Finks on December 27, 1974 in Rock Island, IL. They enjoyed 46 years of marriage. He was preceded in death by his parents.

Vince loved spending time with his family, especially seeing his grandchildren on a daily basis. He enjoyed trap shooting and hunting waterfowl. He was a member of the Peoria Skeet & Trap Club, the Amateur Trap Shooting Association, the Elmwood Trap Club and Ducks Unlimited for many years. Vince shared his love of cooking by volunteering his time every year at his local church's sausage supper and prepared and donated gallons of his famous chili to local fundraisers. He also found so much joy in dressing up as Santa Claus for a variety of nonprofit organizations over the years. Vince was a proud member of the Plumbers and Pipefitters Union Local 25 in Rock Island, IL.

A Funeral Mass will be held at 10:30 AM on Friday, February 26, 2021 at St. Mary's in Kickapoo. Visitation will be held from 9:30 – 10:30 prior to mass. Fr. Joseph Dondanville will officiate. A private family internment will follow at Resurrection Mausoleum in Peoria.

In lieu of flowers memorials can be made to St. Jude Midwest Affiliate.

Friends may sign the online guestbook or send condolences to www.wrightandsalmon.com.