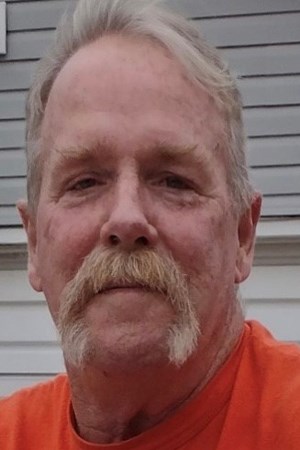 A Celebration of Life Service for Zachary J. "Zac" Beard, 63, a resident of Davenport, will be 3pm Sunday, September 26, 2021, at Halligan-McCabe-DeVries Funeral Home, downtown Davenport. Motorcycles and Harley shirts are encouraged. Per his wishes, the rite of cremation will be accorded prior to the service. The family will greet friends Sunday from 1pm until the time of the service at the funeral home. Zac passed away, following a brief illness, Thursday, September 23, 2021, at his home, with his loving wife by his side.

Zac was born May 15, 1958, a son of Dale and Mary (McInerney) Beard. He was a graduate of West High School and served his country in the U.S. Marine Corp. Zac married the love of his life, Teri Ridenour May 29, 2011, in Duck Creek Park, Davenport. They have celebrated 10 years of marriage.

Zac retired as a welder and mechanic. He enjoyed riding his motorcycle, spending time with his family and beloved grandchildren; particularly rooting them on at their sporting events. You would likely find Zac in his garage working on cars or bikes of his own but most often, a friend's. He was a handyman, a jack of all trades.

Online remembrances may be expressed at www.hmdfuneralhome.com.

Published by Quad-City Times on Sep. 24, 2021.
To plant trees in memory, please visit the Sympathy Store.
MEMORIAL EVENTS
To offer your sympathy during this difficult time, you can now have memorial trees planted in a National Forest in memory of your loved one.
Funeral services provided by:
Halligan-McCabe-DeVries Funeral Home
MAKE A DONATION
MEMORIES & CONDOLENCES
Sponsored by Halligan-McCabe-DeVries Funeral Home.
0 Entries
Be the first to post a memory or condolences.