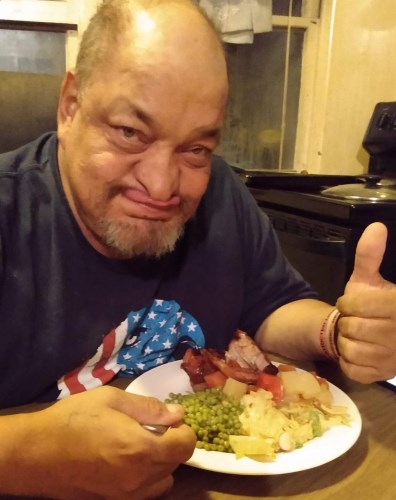 Charles Lester Ward
March 3, 1964 - September 18, 2020
Ramona
Charles Lester Ward was born March 3, 1964, to June and George Ward in Santa Cruz, California. He passed away on September 18, 2020, at his home in Shoshone, Idaho.Growing up, he lived in a few different places. He spent a lot of his time in Campo, California, running in the hills and playing Cowboys and Indians with his older brother and cousins. He went to school until the 10th grade, playing football for the Mountain Empire.He moved to Ramona, California, in 1983 where he settled down. On March 2, 1988, he and his ex-girlfriend had his first and only son, Kaili Zock. He started dating the love of his life, Kristine Leezy (Ward) March 15, 1988. Charles had his first baby girl, Charli Lynn, September 14, 1989. Then on August 25, 1990, in Ramona, California, he married his best friend, Kristine Ward. On July 28, 1991, they had their second child, Bobbie Lynn. Then finally, in December of 1995, Randi Lynn was born, fulfilling his dream of living in a house full of women.Charles was a man of many traits. He worked as a tire mechanic, diesel mechanic, tree cutter, and a ranch hand, but his most memorable job was as a potable waste driver. He worked for Sweets Portable Waste for nine years. This gave him the opportunity to spend more time with his three girls, making the love and bond with them even stronger.In April of 2001, he moved with his wife and three daughters to Shoshone, Idaho, where he finally placed his roots and spent the final years of his life.In June of 2014, Charles and Kristine divorced. They maintained their friendship, and he still talked about how Kristine was the love of his life and best friend.In November of 2014, he was diagnosed with renal failure. Over the next six years, he fought to stay alive but ultimately lost his battle.Charles enjoyed nothing more than being a father until 2015 when he became a Grandpa. Luther Cox became the light of his life. He loved watching Luther grow up and spending time with him. August 2019, he became a Grandpa again, when his second grandson, Antony Ward, was born. The last year of his life he spent with his grandsons, three girls, and a few close friends. Charles touched several lives and made an impression on everyone he met.He was preceded in death by his parents; son; grandparents; nephews; cousins; and friends.He is survived by his three daughters, Charli, Bobbie, and Randi; two grandsons, Luther and Antony; ex-wife, Kristine; older brother, Jimmy; sister, Patsy; and many aunts, uncles, cousins, nieces, and nephews.Charles was an amazing man, father, grandfather, and friend. He will truly be missed.A Celebration of Life will be held at 1:00 pm, Saturday, October 10, 2020, at PLACE. A Go Fund Me account has been started in Charles' name to help with costs. Please sign the guest book online at legacy.com/obituaries/ ramonasentinel
Published by Ramona Sentinel on Oct. 1, 2020.
To plant trees in memory, please visit the Sympathy Store.
MEMORIAL EVENTS
Oct
10
Celebration of Life
1:00p.m.
PLACE
CA
MAKE A DONATION
MEMORIES & CONDOLENCES
1 Entry
In loving memory of a wonderful person. We will love you and miss you always.
Chad Tollard
Family
October 1, 2020
Showing 1 - 1 of 1 results