John Roberts Connolly M.D.
1932 - 2016
BORN
1932
DIED
2016
John Roberts Connolly, MD Rancho Santa Fe John Roberts Connolly, MD, died from complications of infected knee prosthetic removal at Tri City Hospital on December 14, 2016, at the age of 84. The eldest child of John and Fanny Connolly, he was born on February 13, 1932, in New York. He graduated from Boulder City High School at the age of 16.John received his Medical Degree from Stanford University in 1956. He served as a Captain in the Air Force in Montana for several years. From there he moved his new family back to Boulder City, NV, to practice Family Medicine.John was a devoted and loving husband and father. His love of outdoors was spent sailing on Lake Mead, playing golf or tennis and skiing on Mount Charleston with his growing family.In 1978 he moved his family to Rancho Santa Fe and his medical practice to Lake San Marcos until his retirement in 2012. His thirst of technology lead to the computerization of his office back in 1983 and continued through this year playing computer golf with his son. He was a well know figure on the tennis courts into his 80's.His great strength carried him through the tragic loss of his wife, Char, in 2004 and his oldest son, John, in 2006. John's recent death was a tremendous loss to his family, friends and community.He is survived by his four daughters; youngest son; eight grandchildren; and his loving companion, Barbara. Please sign the guest book online at legacy.com/obituaries/ ranchosantafereview . February 13, 1932 - December 14, 2016
To plant trees in memory, please visit our Sympathy Store.
Published by Rancho Santa Fe Review on Dec. 22, 2016.
MEMORIAL EVENTS
No memorial events are currently scheduled.
To offer your sympathy during this difficult time, you can now have memorial trees planted in a National Forest in memory of your loved one.
MEMORIES & CONDOLENCES
11 Entries 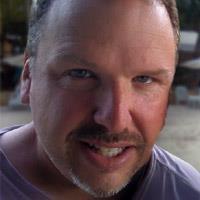 Dr. Connolly was my primary care physician for many years when I was living in the San Diego area. I've been living abroad for several years and while updating my contact database today I learned of his passing.

Hands down, he was the best doctor I ever had. I wish his family all the best.
M Sauer
March 9, 2018
Dad,
You are missed every day.
Love, Rebecca
January 5, 2017
My condolences to the family. Continue to rely on God during this difficult time and know that he hears your prayers: Isaiah 59:1

BC~
January 3, 2017
I am so sorry to learn about the passing away of Mr John Connolly. My deepest condolences are with the family and friends. May God's word found in Hosea 13:14 brings comfort and peace to you all in this time of grief.
ARL
December 30, 2016
One of the first people I met at the Rancho Santa Fe tennis club in 1990, John was a top level club player, frequent tennis club board member and a true gentleman both on and off the court. Paired with Dominic Archdale, they regularly competed for the top doubles spot, trading that honor almost annually with the Schulte brothers.

When his competitive days ended he could still be found on the clay courts unloading that powerful forehand on an unsuspecting member of his family all the while sharing his joy for the game.