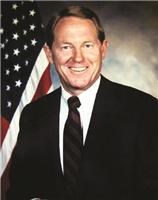 BORN
1938
DIED
2013
FUNERAL HOME
El Camino Memorial – Sorrento Valley and El Camino Memorial Park
5600 Carroll Canyon Rd
San Diego, CA
Widely respected retired San Diego Police Department Captain Kenneth E. Moller passed away at home on the morning of November 5, 2013, after a two month valiant battle with melanoma of the abdomen.
Ken was born in Escondido on June 25, 1938, to Erik and Doris Moller. Raised in Newport Beach, he graduated from Newport Harbor High School and then enlisted in the U.S. Marines where he served five years.
During his last two years, he served as the youngest MCRD drill instructor (D.I.) that the Marine Corps had selected at the time.
After the Marines, he joined the San Diego Police Department as a patrol officer. His first assignment was walking the tough Broadway beat with its colorful and rambunctious crowds. He rose rapidly in the department eventually being assigned to supervise the Patrol Planning Unit at a critical time in the history of the SDPD. As head of patrol planning, Ken oversaw the development of numerous features of law enforcement that are now taken for granted such as: computerized phone and dispatch systems; the first 9-1-1 system in the country; still the only shared records system (ARJIS) in the nation; and the reorganization and decentralization of the SDPD into divisions to better serve the neighborhoods.
Ken's career involved managing and supervising numerous complex criminal investigations including criminal conspiracies, major undercover narcotics cases and over five years of homicide investigations. He retired as a captain after serving in over a dozen important positions at SDPD including Field Operations Captain where he managed the Canine, Air Support, Horse Mounted Patrol, Watch Commanders, Evidence Technicians and Reserves, Patrol Captain serving as Commanding Officer Central Division and Detective Captain where he managed Vice, Narcotics, Gangs, Auto Theft, Juvenile Special Investigations and Fugitives.
Ken earned a Bachelor of Science Degree and earned numerous law-enforcement-related accomplishments including graduating from the National FBI Academy.
After retirement, Ken became President of Heritage Security Company whose operations he expanded and modernized significantly, increasing the growth of the company.
Ken was a kind, compassionate, loving husband, father and grandfather (papa). He took great joy in restoring numerous collector cars over this lifetime. After several years he completed restoration of his 1957 Chevrolet Nomad which will transport the grandchildren to his final resting place.
Our love for him will be with us forever and his spirit will forever shine in our hearts.
Ken is survived by his wife of 33 years, Karen; sons, Mike (Colleen) Moller and David Marlow; daughters, Janet (Sam) Moller-Tonne, Suzanne Moller and Aimee (Antony) Novom; and five grandchildren, Sarah, Julia, Grayson, Seth and Rena.
Funeral Services will be held Wednesday, November 13, 2013, at 11am at Community Presbyterian Village Church, 6225 Paseo Delicias, Rancho Santa Fe, CA 92067. Interment will follow immediately at El Camino Memorial Park, 5600 Carroll Canyon Road, San Diego, CA 92121.
Published by Rancho Santa Fe Review from Nov. 8 to Dec. 7, 2013.
To plant trees in memory, please visit the Sympathy Store.
MEMORIAL EVENTS
Nov
13
Funeral service
11:00a.m.
Community Presbyterian Village Church
6225 Paseo Delicias, Rancho Santa Fe, CA
Nov
13
Interment
El Camino Memorial Park
5600 Carroll Canyon Road , San Diego, CA
Funeral services provided by:
El Camino Memorial – Sorrento Valley and El Camino Memorial Park
MAKE A DONATION
MEMORIES & CONDOLENCES
Sponsored by El Camino Memorial – Sorrento Valley and El Camino Memorial Park and Mortuaries (Sorrento Valley).
16 Entries
Sue Robbins
November 16, 2013
Ken was one of the good guys. I will miss you Ken. Semper Fi.
Rob Ahern
November 14, 2013
Karen, May heartfelt thoughts bring you comfort and loving memories. Bring you peace with deepest sympathy. Nick & Nada Milicevic
November 13, 2013
Karen,

My heart goes out to you, the sorrow you are going through feels that there is no end, but God is there with you and will be guide you through all the difficult days to come. You know how much I can relate and and am always here for you.

Blessings Sandy
November 12, 2013
The word respect was written to describe this man. I don't think there is a person in SDPD that did not respect Capt. Moller. We've lost one of the best, but Heaven is brighter now with him there. My sincere condolences to his family.
Maureen Hall
November 12, 2013
Ken was a wonderful friend, mentor, and leader for so many people. I am so glad I got to see him almost everyday for 7 years. I will never forget him.
Sally Cox
November 11, 2013
I was so proud to work for Captain Moller as a Central Division patrolman in the 1980's. When they talk about "command presence" in police work, they were referring to people like Captain Moller.

He was a strong C.O., kind to new officers, and the sharpest dresser around.

The SDPD family has lost a good one. We pray for the Moller family.
Kevin Rooney
November 11, 2013
Dear Karen and Family,
Please accept our deepest sympathy on your loss. You are in our thoughts and our hearts.
hugs from Susan and Steve
susan garfin
November 11, 2013
Our thoughts and prayers go out to the Moller family. Ken was a valued friend to my father (Mike Tyler) and we send our condolences on his passing.
Shannon (Tyler) Griepsma
November 11, 2013
You couldn't help but love Ken when you met him. He was total integrity, kindness and a true gentleman. My heart is with Karen and his family. We will miss him but know he is resting peacefully. God Bless him.
Sue Robbins
November 11, 2013
Ken was my table-mate in the 1961 Police Academy.
He was a very intense and intelligent man. Although we haven't seen each other in many years, I will never forget him. [email protected]
Robert Mead
November 11, 2013
Karen,
Our thoughts and prayers are with you. May God bless you and your family.
Love, John and Laurie (McDonald) Schricker
Laurie Schricker
November 11, 2013
Ken Moller has in my opinion been someone that the SDPD should hold out to be an example of how a police officer should conduct himself in all aspect of police work. He was honest, forthright, hard working, and a class act both professionally as well as outside of work. He always got right to the issue, viewed himself as a public servant and always did the right thing, whether you were working the law enforcement or defense side of the case.........

John G. "Jack" Phillips
John "Jack" Phillips
November 10, 2013
Ken was a true gentleman in every manner and deed as so aptly described by "Webster." He was consistently honest, loyal and caring; a genuine professional throughout, a true friend and an exceptionally fine colleague. He is no doubt again providing other outstanding services in his new assignment along side his many friends including Mike Tyler, John Lewis, Ken O'Brien and "Duke" Nyhus among many others who moved on before him. Best wishes, good buddy. We'll meet again.
Ron Seden
November 10, 2013
Dear Karen and the Moller Family,
Our dearest thoughts of prayer are with you at this time. What a gift to know you and Ken through the marriage of Nicole and our son Steven. May you feel God's love of enfolding you in His arms.