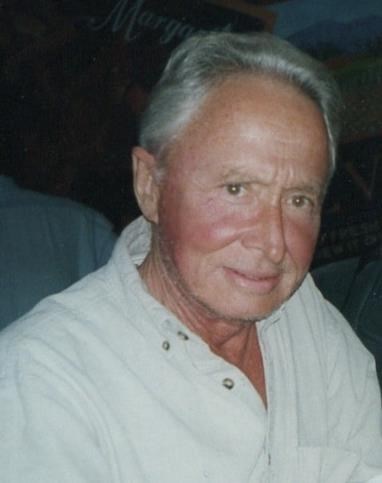 BORN
1932
DIED
2021
ABOUT
Beverly Hills High School
RANCHO SANTA FE
Louis G. Kaufman passed away at Scripps Memorial Hospital in La Jolla on June 27, 2021. Louis was born in New York City to Dorothy Dilly and Louis G. Kaufman II. The family moved to Los Angeles when Louis was two years old. He attended Beverly Hills High School, where he was a member of the track team. At 18, he joined the U.S. Navy for four years and served during the Korean War. After the Navy, he attended USC and Northrop Engineering School. Louis had many varied and interesting careers, including Hollywood agent, proprietor of a restaurant, a two-year vacation to Rome, Italy. He married Dorothy Stark, his wife of 59 years, and they toured Europe, the Mediterranean, and North Africa. Returning to Laguna Beach, Louis designed and built a charter fishing boat which he operated for eight years. He then went to work at Volpar in San Fernando outfitting commercial jets for Middle Eastern potentates. After that, he attended UCSD for two years as a history major. He ended his working career at Boeing in Huntington Beach in the Space Unit. Louis was also a major in the State Military Reserve. He had many interests. Among them: cars, motorcycles, airplanes, boats, and military history. He was an avid reader and enjoyed listening to his large collection of music. He was a prolific storyteller with an imaginative sense of humor. He is survived by his wife Dorothy, daughter Claire Kaufman-Farmer, son-in-law Chris Farmer, and two grandchildren Ava Cohen and Aidan Cohen. Louis's ashes will be placed in the family mausoleum in Marquette, Michigan. Please sign the guest book online at legacy.com/obituaries/ ranchosantafereview Louis G. Kaufman III
October 26, 1932 - June 27, 2021
Published by Rancho Santa Fe Review on Sep. 16, 2021.
To plant trees in memory, please visit the Sympathy Store.
MEMORIAL EVENTS
To offer your sympathy during this difficult time, you can now have memorial trees planted in a National Forest in memory of your loved one.
MAKE A DONATION
MEMORIES & CONDOLENCES
1 Entry
Lou was a great friend, a unique and delightful personality, and an altogether good man. He will be sorely missed
Mark and Susan Sandson
Friend
September 29, 2021
Showing 1 - 1 of 1 results