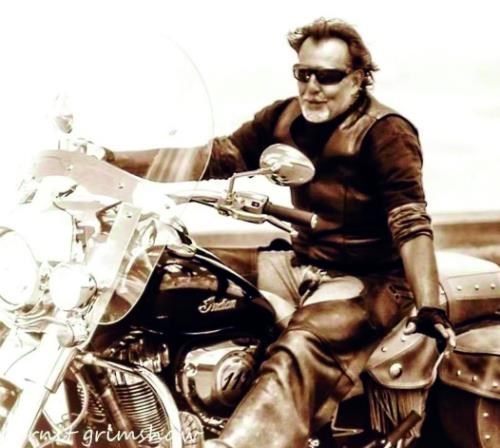 He was born July 8, 1962 to Charles H. Peterson Jr. and Sheral Ducheneaux LaCroix in Sisseton, SD.

He grew up in Dallas, TX and South Dakota and graduated in 1980 from Todd County High School.

He practiced as an electrician in Dallas, TX, South Dakota and Montana.

He was married three times but was single at the time of his death. He never had children. His long time companion was Bear and many other pets during his life. He loved to ride motorcycles. He rode in memorial rides such as Dakota 38 and Wounded Knee Memorial rides. He loved riding on Iron Mountain Road. He was riding his Harley Davidson Classic (Bones) at the time of his death.

He was an enrolled member of the Cheyenne River Sioux Tribe and was a tribal elder. He enjoyed attending pow wows and visiting with people throughout his life. He was very giving and kind hearted.

Grateful for sharing his life are his siblings, Jolene Peterson, Fredrick and James Peterson Sr.; mother, Sheral LaCroix and stepfather, Noble LaCroix; stepsiblings, Brian LaCroix, Peggy Clark, Bret LaCroix and Brad LaCroix; all of his nieces, nephews, grandchildren; and all of his extended family including uncles, aunts and cousins.

He was preceded in death by his father, Charles Peterson Sr.; brother, Warren Peterson; maternal and paternal grandparents, uncles, aunts and cousins.

Visitation will be from noon to 3 p.m. on Saturday, July 24 at Behrens-Wilson Funeral Home.

Published by Rapid City Journal on Jul. 21, 2021.
To plant trees in memory, please visit the Sympathy Store.
MEMORIAL EVENTS
Jul
24
Visitation
12:00p.m. - 3:00p.m.
Behrens-Wilson Funeral Home
632 St. Francis Street, Rapid City, SD
Funeral services provided by:
Behrens-Wilson Funeral Home
MAKE A DONATION
MEMORIES & CONDOLENCES
Sponsored by Behrens-Wilson Funeral Home.
1 Entry
My heartfelt condolences to family and friends. I work next to his apartment and would see him every morning with his dog. He would feed the birds from his balcony (they came every morning for him) and tinkered with his truck and bike during the day. We finally formally met at a gas station on W Main St last week. I'm USAF retired. We shared experiences. I was happy to meet him.
Kevin
July 22, 2021
Showing 1 - 1 of 1 results