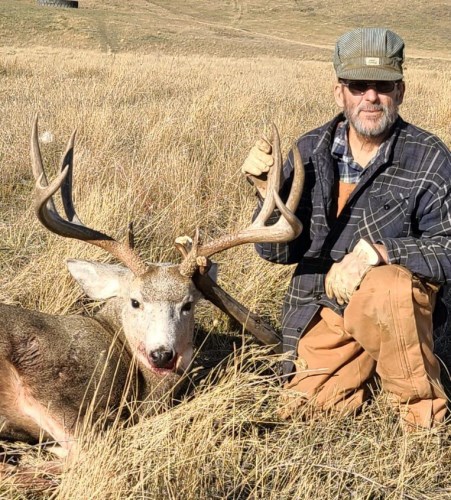 Clyde was born to Clyde Berton Elwood and Vera Mae (Simon) Elwood on July 9, 1953. He was the third of seven children. Clyde lived the majority of his life in Rapid Valley. He attended the old Rapid Valley Elementary, South Junior High, and was in the last graduating class of Rapid City High School. After high school graduation, Clyde attended Billings Automotive Training Center and graduated after a nine-month course.

He married Ardyce Roberts on Dec. 31, 1971. After short stints in the tire industry, he embarked on a 25-year career with Williams Distributing working his way up to warehouse manager. He then went to work for Riss & Associates, where he learned the art of cabinet making. He won several master craftsmen awards from the C.I.C. To complete his work career, he was employed by the State of South Dakota DOT.

Over the years, Clyde and Ardyce went on several excursions around the world, from Canada and Mexico to Australia and New Zealand. They went to Paris, France and traveled all across England and Scotland. They cruised the inside passages of Alaska, traveled many of the lower states, and also Hawaii.

With all of his travels around the world, his heart belonged to the South Dakota prairie. Clyde was an avid hunter and outdoorsman. He spent many long hours on the hunt. He shared his love of hunting with many special family members and friends. He found as much joy in mentoring young hunters as he did in the hunt itself. Because of his fondness of hiking, his favorite motto was, "That's too far, we can get closer." He and his hunting brothers, Ronnie, Jason, Tim, Ethan and Carsyn had great success with getting the trophy bucks that always gave Clyde such a sense of pride and joy.

As a child, he taught himself how to do leather tooling and continued the hobby through his adult life. He made several saddles, saddle bags, and other sundry items over the years. Clyde was an avid horseman. He owned several horses over the years and loved nothing more than to go riding. He belonged to the US Marshals Posse, Western South Dakota Buck-A-Roos, and The Custer Riders. He enjoyed going on trail rides with these groups, especially with The Custer Riders to Custer's Last Stand.

He was a dedicated member of the community. He served on the Board of Directors of the Rapid Valley Sanitary District for 36 years and was honored to have the water treatment facility named after him. He also belonged to the Lakeside Old Settler's Board and the Lakeside Cemetery Board.

He was preceded in death by his parents; and sisters, Wanda Estes and Jacque Gerry.

Due to the COVID-19 guidelines, a memorial ride and service is tentatively scheduled for July 10, 2021 at Lakeside. Further details will be forthcoming.

Memorials will be dedicated to the Lakeside Church and Lakeside Old Settler's Association. Cards may be sent to 5556 Solitaire Drive, Rapid City, SD 57703.

Family and friends may sign Clyde's online guestbook at www.kirkfuneralhome.com

To plant trees in memory, please visit our Sympathy Store.
Published by Rapid City Journal on Jan. 12, 2021.
MEMORIAL EVENTS
No memorial events are currently scheduled.
To offer your sympathy during this difficult time, you can now have memorial trees planted in a National Forest in memory of your loved one.
Funeral services provided by:
Kirk Funeral Home & Cremation Services
GUEST BOOK
2 Entries
I am sorry to hear of Clyde's passing, Ardyce. We have lost some special people this year. You are in my thoughts and prayers.
Janette Emerson
January 16, 2021 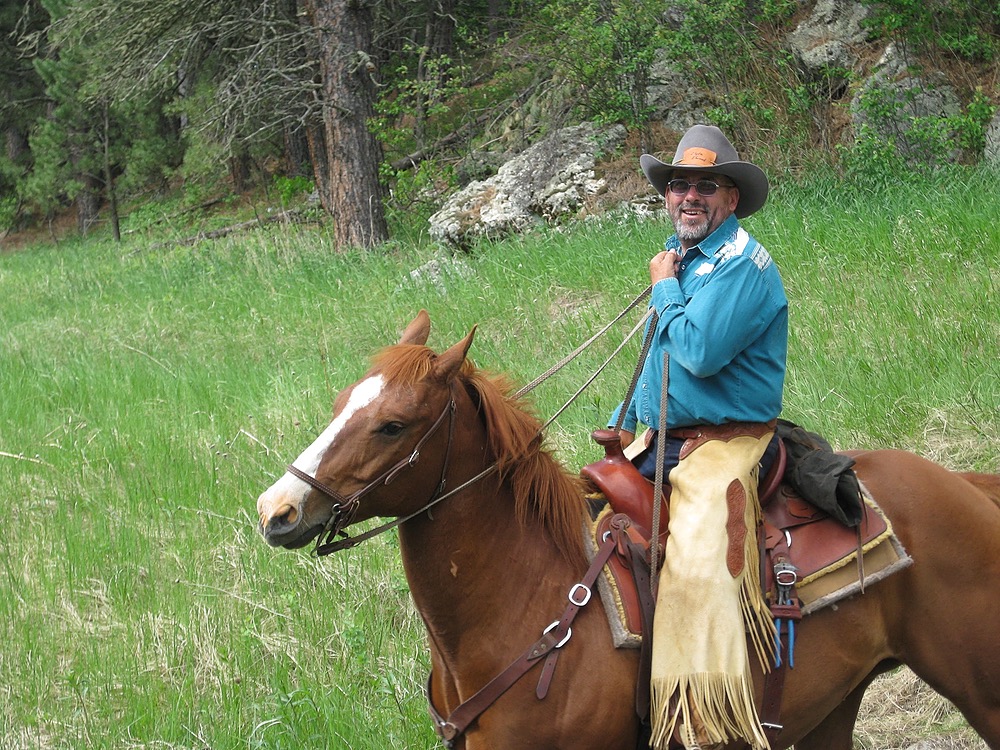 I know Clyde from the Custer´s Trail Riders rides. He is, without a doubt, the most authentic, true cowboy of them all. He had was in touch with the spirit of being a working cowboy. I could not locate my favorite picture of him. It is one where Clyde is sitting on the ground during a break in the ride, holding his horse´s reins. The picture could have been taken 150 years ago on a cattle drive and he would have looked just the same. Since I can´t find that picture, this picture of him smiling on the back of a horse will have to do.
Scott Sumner
January 13, 2021