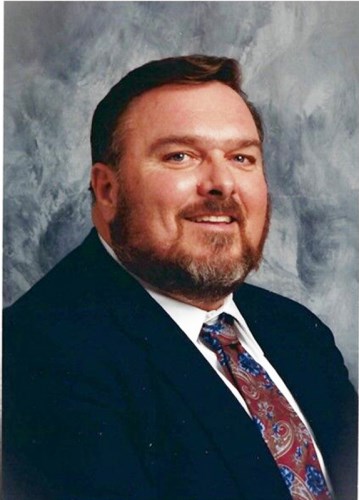 RAPID CITY | Beloved and dedicated Father, Dale E. Schmuck, age 73, of Rapid City, met his Lord and Savior face-to-face and was reunited with his beloved wife, Grace, and other family members. Dale died from natural causes at Westhills Village Rehab facility with his daughter, Tammy Lynn, by his side on Friday, April 2, 2021.

Dale was born the second child to Edwin and Mildred Schmuck on Feb. 4, 1948, in rural SD. Dale had one sister, Gaile Eckert, one brother, Randy Koster, and two half-sisters born to Mildred and Duane Koster, Kris Rauscher, and Mary Tenneboe. While in high school, Dale was active in sports, particularly football, as long hours and grueling work on his dad's farm required his attention. Upon completing high school, Dale began working as a truck driver. While living in rural SD, he met and was briefly married to Ann Kafka, who had seven children from her previous marriage. After Ann's passing, Dale kept in close contact with Ann's siblings and some of her children after moving to Rapid City.

Dale was no stranger to hard work or the open road. As a heavy and long-haul truck driver, his career allowed him to log millions of miles covering the continental United States either as an employee or as an independent owner-operator. While working at Brink Construction in Rapid City, Dale met the most beautiful woman (inside and out), Grace Kruse. On April 2, 1980, Dale married Grace at South Canyon Baptist Church in Rapid City. In October of 1981, their ultimate love and only child, Tammy Lynn, was born. Dale continued to work at Brink Construction until 2005.

Dale had an adventurous spirit and lived life to the fullest. Dale enjoyed many things, which included, but were not limited to: sharing his life experiences and advice from his trucking days, appreciating nature, watching and attending sporting events, and socializing with others. Dale's favorite thing to do was spending time with his pride and joy, Tammy Lynn.

Dale is survived by his daughter, Tammy; his sister, Gaile; and his half-sister, Mary. He was preceded in death by his parents, Edwin and Mildred; his loving wife, Grace; brother, Randy; half-sister, Kris; and brother-in-law, Vern.

Please join Tammy and other extended family members at the Celebration of Life service at 2 p.m. on Saturday, April 10, at First Wesleyan Church, 3040 Marlin Drive, officiated by Brother O.C. Summers and Pastor Steven Selfridge. A refreshment gathering will immediately follow.

To plant trees in memory, please visit our Sympathy Store.
Published by Rapid City Journal on Apr. 8, 2021.
MEMORIAL EVENTS
Apr
10
Memorial Gathering
First Wesleyan Church
3040 Marlin Drive
Apr
10
Celebration of Life
2:00p.m.
First Wesleyan Church
3040 Marlin Drive
Funeral services provided by:
Kirk Funeral Home & Cremation Services
GUEST BOOK
Sponsored by Kirk Funeral Home & Cremation Services.
2 Entries
Gail and family, I wish I had stayed in touch with Dale and you. My family had special feelings for Dale. I just had surgery yesterday so I can't make it to the funeral, but know you are all in my thoughts and prayers,
Sally Rueschenberg, Walter, Kelts
April 10, 2021
Tammy, my thoughts and prayers are with you at this difficult time.
Karen Ketterling
April 6, 2021