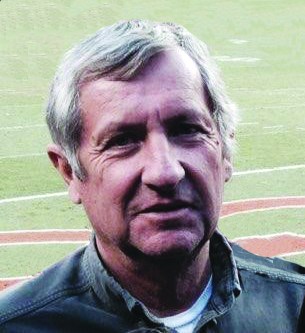 Daniel Vernon Brandt was born in 1950 to Vernon and Bardena Brandt. He grew up on a farm in Agar, SD, where he learned to work hard. He graduated from Agar High School in 1969. While in high school, he played basketball and used to brag that he never took home a book for homework or to study.

After graduation he went to Presentation College in Aberdeen and graduated from the Radiologic Technology program. Following graduation, he joined the U.S. Army and spent three years of the Vietnam War in Nuremberg, Germany shooting X-rays on the wounded servicemen that came to Germany for treatment. He worked for a few years at Fort Meade VAMC following an honorable discharge from his military service.

Realizing that he missed working outside, he attended and graduated from Watertown VoTech in their Carpenter program and let his perfectionist skills come to be displayed in his building talents.

He met his wife, Debra in 1978. They were married Sept. 4, 1979. They had two daughters, Holly and Michelle. After his Construction Company was dissolved, he began working for Collins Siding in Rapid City. Len would always tell him that he was the best siding applicator in the entire United States. He worked for Collins Siding until 2012, when he retired.

Daniel is survived by his wife, Debra; daughters, Holly Goodman (Nathan) and Michelle Brandt (Sean Jares) and grandchildren, Carson and Calla Goodman, and Bennett and Nolan Jares, all of Bozeman, MT. His mother, Bardena Brandt of Gettysburg, sister, Janice Badger of Aberdeen, brother, Paul Brandt of Agar and numerous nieces and nephews also survive. He was preceded in death by an older brother and his father.

Dan had requested no services but visitation will be from 11:45 a.m. to 12:45 p.m. on Friday, Nov. 20, at Kirk Funeral Home. Burial, with military honors will follow at Black Hills National Cemetery near Sturgis.

To plant trees in memory, please visit our Sympathy Store.
Published by Rapid City Journal on Nov. 19, 2020.
MEMORIAL EVENTS
No memorial events are currently scheduled.
To offer your sympathy during this difficult time, you can now have memorial trees planted in a National Forest in memory of your loved one.
Funeral services provided by:
Kirk Funeral Home & Cremation Services
GUEST BOOK
5 Entries
Dear Deb & family, My deepest sympathy on the loss of Daniel. I pray that God will give you comfort during this time. Sincerely, Betty
Betty Hagen
November 21, 2020
My father Bill Brandt was a first cousin to Danny’s father Vernon. I have fun memories of playing with Danny, Janice, and Paulie who lived just down the road from my Grandpa Bill and Grandma Jennie Brandt. Vernon and Bardena, Danny’s parents were 2 of my favorite people! My sincere sympathies to this sweet family!
Debbie Parker (Brandt)
Family
November 19, 2020
I did not know just found out I am so sorry Deb you are in my prayers.
Jim Hall
November 19, 2020
My father and Dan's father we're cousins. Some of my greatest memories are time spent on their family farm. Danny as we called him was always friendly and I only wish I could have known him more. Always a great smile and a friendly face. I was working in the Black Hills for 4 months recently and started to drive up what I thought was the road going to their home and then realized I was in someone's yard I turned around and never made that visit that I wish I would have. Anyway I know Danny would have been welcoming and a friendly face. We are sorry for your loss Deb and your whole family our condolences go out to you guys. Mike Brandt
Mike Brandt
November 19, 2020
I attended the radiology program with Danny. He was a sweet, caring,handsome young man. Always smiling. I am so sorry for your loss.
Louise (Grote) Perry
November 19, 2020