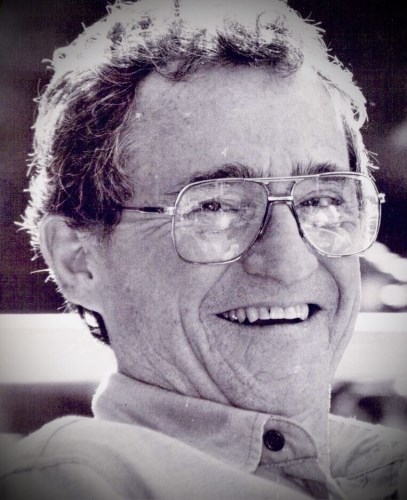 TEMPE, Ariz. | Circle S convenience stores in Rapid City, SD were a central chapter for David R. Spear, his wife and four sons. But pioneering a type of business unknown in the Black Hills in the 1960s was only one reflection of a full life shaped by widely ranging curiosities.

After a series of working retirements, Dave and his wife, Sonya, in 2018 finally settled in Tempe, AZ. Sonya passed away last April, after 63 years of inseparable marriage, and Dave died Feb. 3, 2020 while sleeping at home with family at his side. He had bounced back from a bout with COVID but succumbed to maladies of his 89 years.

Spanning his decades, Dave took up scuba diving, flying and, at a time when it was still oddball, running. He was a quail hunter who dabbled in growing pheasants, and a lifelong angler and gardener who thought the first was relaxing and the second exciting. For a man whose family began amid traditional values of the 1950s, Dave's norm was to pitch in with cleaning, laundry and at the stove, where he relished statement recipes and joined Sonya to churn out holiday candies and baked treats, and mail them off to their sons.

He was a self-taught architect, builder, plumber, who wasn't fazed by plunging into wiring without first shutting off electricity -- with a single, bad outcome of once melting his wedding ring. His somewhat handy sons seized the incident as OMG cautionary and permission to tease their dad's old-schoolness. Dave was passionate about restoring a 1968 Pontiac Firebird, kept up his stock-market scrutiny until the eve of his death and was, above all and perhaps startlingly for innocent bystanders, always glad for a conversation.

When Dave no longer had confidence in his eyesight for driving, he took to a trike and journeys through the Arizona State University campus and trails of Tempe, becoming a familiar character in the community, and planning big explorations to Scottsdale and beyond.

Someone left a hand-drawn condolence card at Dave's door step a few day after his death, depicting him pedaling toward a sun setting on mountain peaks.

Dave was born in 1931 in Sioux Falls, SD, the fourth of three sons and three daughters of a mechanic and a school teacher.

He joined the Air Force in 1951 and was one of two enlistees in an assembly who raised their hands to a call for typists. A typewriter was his key to a fuller view of the Korean War, command administration, stupefying bureaucracy and standout leadership of key officers. He remained proud and grateful for serving.

He enrolled at South Dakota State University after his discharge, understanding himself to be on a mission with studies and a night job, and too serious for dating a fellow student from Sturgis -- Sonya, who was introduced by friends -- until about their second date.

They married in 1957 and within a year had their first son, finished their studies and drove to Arizona, where Dave was employed by the Carnation Company as a sales representative. He quit in 1965, weary of transfers and travel, and would never take a paycheck again from anyone but himself.

Moving to Rapid City, Dave and Sonya opened their first Circle S store, which drew the S from their name and the business model from Circle K convenience stores that had begun to appear in Arizona. The business required more than 16 hours of daily labor, with Sonya keeping the books and their sons stocking shelves. But later, with three stores staffed by employees, Dave acted on new interests.

In a bid for a Rapid City council seat in 1974, he was introduced at a council meeting for a brief hello. But he proceeded to do what the Rapid City Journal reported as "highly irregular" and "out of order."

For 10 minutes before an aghast audience, he lectured on municipal spending and projects, and ended by urging support of families attached to the local Ellsworth Air Force Base and of Native Americans.

That may not have been taken well in a state conflicted with race issues. He came in a close second, conceding to and praising his opponent, rather than putting the city through the expense of a runoff.

Dave's politics otherwise would trend to agitated libertarian with a broad tolerance for differences and vocal admiration for Elizabeth Warren and Kamala Harris.

Into the 1980s, Dave and Sonya, built a canyon home near Hill City, SD, doing most of the work – including dynamiting – with their own and their sons' labor. They also took over that city's historic saloon for a time, an indulgence for Dave's proneness to discussion, and ran a restaurant not far away.

Dave's most audacious curiosity, taken on with little experience or training, was to establish a vineyard and winery, starting in 1987 from desert ground next to a creek in remote New Mexico west of Truth or Consequences.

He and Sonya built a gorgeous, New Mexican oasis of a main home, guest house, winery, central plaza and soaring views, all done mostly with their own hands. They were on the verge of going commercial when they got fed up with regulatory bureaucracy and decided they had had enough after two decades of relentless and often back-breaking work.

But for Dave, the wine-making adventure was nonetheless a success. The myriad mysteries of grape growing and fermentation had fed his insatiable curiosity, and the rich varieties of Animas Creek Cellars wines fueled many spirited gatherings of family and friends. Together, he and Sonya lived a life of their own design.

A family service will be held at Black Hills National Cemetery near Sturgis, SD.

To plant trees in memory, please visit our Sympathy Store.
Published by Rapid City Journal on Feb. 20, 2021.
MEMORIAL EVENTS
No memorial events are currently scheduled.
To offer your sympathy during this difficult time, you can now have memorial trees planted in a National Forest in memory of your loved one.
GUEST BOOK
2 Entries
Family of Dave, I was sorry to see that my former boss has passed away. I remember his patience with me as I learned the ropes at Circle S, and how his mentoring helped me when I ran my own businesses later on. He and your mother were both very kind to me. Thinking of you all.
Jerry Munson
February 20, 2021
So sorry for your loss. Sounds like your father lived life to the fullest. Rest in peace..Mr. Spears
Sandy Michelson Omdahl
February 20, 2021