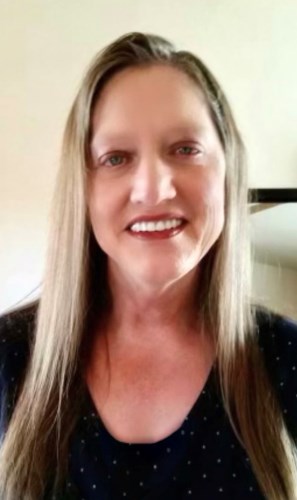 Butch died in an auto accident in January 1967. Dawn was raised by her mother Sandy and stepfather Frank Radlinger.

While growing up in Rapid City, Dawn enjoyed many family trips and camping in the Black Hills with her grandmother Evelyn. Dawn was a hard worker and got her first job at a motel at the age of 14. She graduated from Stevens High School in 1983.

In September of that year, she married Bruce Bennett in Rapid City. Dawn and Bruce spent many years in Houston, TX, where their son Justin "Bubba" was born in 1989. Bruce, Dawn and Justin relocated to Rapid City in 1997. Dawn and Bruce divorced in 2005.

Dawn married Gabriel Kottke and moved to Arizona and lived there until 2013, when they divorced. Dawn returned to Rapid City and began working for Monument Health in the housekeeping department and worked in many areas of the hospital complex. She was an easy-going person and liked by all. Dawn worked until April of 2021, when she was diagnosed with Stage 4 liver cancer and her health declined.

Dawn is survived by her son, Justin "Bubba" Bennett; her mother, Sandy Radlinger; her sister, Beth (Wayne) Walker; her niece, Sydney Walker; her Aunt Linda (Eddie) Crisman; her former spouses, Bruce Bennett and Gabriel Kottke; as well as numerous cousins, and many friends.

She was preceded in death by her father, her stepfather, and Aunt Gayle Hunt.

As per her wishes, Dawn has been cremated and no formal services will be held.

A memorial visitation will be held from 5-7 p.m. today, Wednesday, July 14, at Osheim & Schmidt Funeral Home.

Her online guestbook is available at osheimschmidt.com.