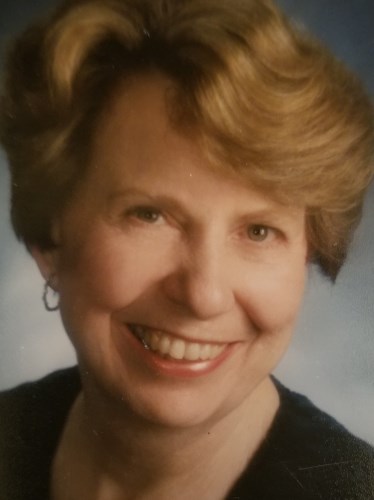 She was born to Philip Schuh and Hilda (Thane) Schuh in McCoy, TX. She married Everett L. Russell Jr. of Poteet, TX, on Sept. 14, 1952. Everett and Edith lived in George West, TX, and Refugio, TX, and then transferred to Guymon, OK, moving for Everett's job. Edith always said that in every town she lived, she had a treasure chest that was overflowing with friends.

Edith had a long and fulfilling career in banking, achieving the position of Assistant Vice President of Operations at the First National Bank in Guymon. She retired with Everett in 1984 and moved to Spearfish, SD, to be closer to family, especially their grandchildren.

But Edith continued to keep busy in retirement, working as a volunteer with the Lookout Memorial Hospital. This became a second career with the hospital as an admissions clerk and switchboard operator for the next 16 years.

She was a member of St. Paul's Lutheran Church in Spearfish and still considers this her spiritual family.

In 2018, due to her declining health, Edith moved once more, this time to Olathe, in order to be closer to her family.

She was preceded in death by her husband, Everett; a son, Mark; her mother, Hilda (Schuh) Rogers; her father, Philip Schuh; and a sister, Stella Eichman.

Services and memorial will be held at a later time to be announced.

To plant trees in memory, please visit our Sympathy Store.
Published by Rapid City Journal on Jan. 6, 2021.
MEMORIAL EVENTS
No memorial events are currently scheduled.
To offer your sympathy during this difficult time, you can now have memorial trees planted in a National Forest in memory of your loved one.
GUEST BOOK
3 Entries
Edith was a good friend from our St Paul congregation. She and Don had a unique way of greeting-he was Brooks and she was Hillary! We will miss her
Don and Marlie Abrahamson
January 7, 2021
Edith was a great friend to my mother when they both lived in Spearfish. My siblings and I remember her with gratitude and respect. She was so kind and giving.
Joan Vance Behr
Friend
January 6, 2021
My sympathies to Edith´s family. She was always such a joy when I knew her and she worked at the hospital in Spearfish. She will be missed.
Rebecca Dorsett
January 6, 2021