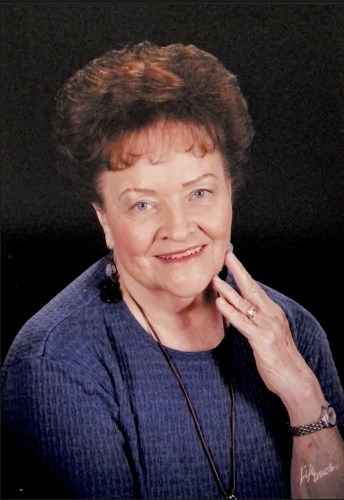 AUSTIN, Texas | Gloria Jane Teegardin (nee Becker) passed away peacefully on Feb. 17, 2021 at 10:08 p.m. in Austin after a courageous battle with dementia.

Gloria grew up on a farm in Philip, South Dakota, with her older sister Beverly, her father and their new stepmother Maida Taylor. While attending high school in Philip, Gloria was very active in the band, pep club, school paper as well as active in the church choir, which would follow her throughout the rest of her life.

A devoted mother, grandmother, and friend to all who knew her, Gloria loved family gatherings, live music in the park, playing the organ, singing in the church choir at St. John's Lutheran Church in San Antonio, and Toastmasters of San Antonio.

Gloria is survived by her children: Karen Grosland, Sean Teegardin, Zach Teegardin, and Nathan Teegardin. Gloria is predeceased by her parents and sister, Beverly Fox.

Due to Covid pandemic restrictions, an in-person memorial service will be planned for a later date. We are holding a virtual Celebration of Life in lieu of an in-person service at this time and date is to be announced soon.

To plant trees in memory, please visit our Sympathy Store.
Published by Rapid City Journal on Feb. 25, 2021.
MEMORIAL EVENTS
No memorial events are currently scheduled.
To offer your sympathy during this difficult time, you can now have memorial trees planted in a National Forest in memory of your loved one.
GUEST BOOK
2 Entries
I´m so sorry for your loss. Gloria and I worked in administration together at the old St John´s Hospital on 11th Street. She was always upbeat and willing to help in any way that was asked of her even though she was pregnant at the time with her son, Zach, and dealing with personal issues. I did contact her through FB a few years ago. I will remember her fondly.
Marvel Thuringer
February 26, 2021
Gloria was a friend for many years while she lived in the Rapid City area. I watched her youngest 2 sons in my daycare and attended church with her family. She was always willing to help others in her busy life as a single mom. My prayers are with her children.
Christine Smith
February 25, 2021