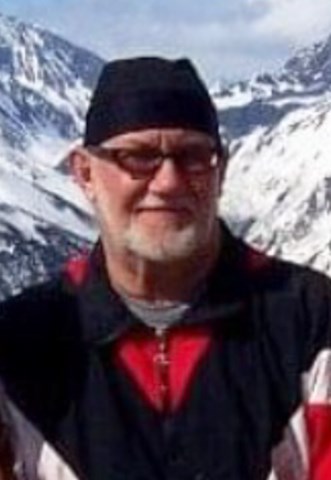 He excelled in both academics and sports at Bowdle High School earning varsity letters in football and basketball and was named Most Valuable in Track & Field his junior year. He attended South Dakota State University in Brookings, earning his undergraduate degree in Journalism in 1965. He married Dianne Haux of Ipswich in 1963.

Upon graduation he and his young family moved to Pierre, where he was a general assignment/sports reporter for the Pierre Capital Journal. In 1968 he accepted a position as Wire Editor at the Rapid City Daily Journal and later became Copy Editor. He loved the Black Hills area and especially enjoyed fishing and hiking with his family there. In 1972 he earned an Associated Press First Place in Spot News Reporting award for his firsthand account of the devastating flood that rampaged through Rapid City in the early morning hours of Saturday, June 9. When the initial reports of heavy rains came in, he and Journal staff photographer Don Polovich headed out to the Hisega area west of town to investigate. With their vehicle bogged down in mud and the road back into town impassable they were stranded. His moving description of the horrific sights and sounds he and Polovich witnessed in the dark that night was the first official news of the tragedy that reached the rest of the country. It was a life changing event.

Leaving the newspaper business in 1994 he moved to the Seattle, WA, area where he started his own business handcrafting high quality Celtic-themed jewelry which he sold at renaissance fairs and summer festivals in the area. He also became an expert in rune stone symbols and even published a well-received book on the subject. He was very active in the local artistic community up until his untimely illness forced him to retire in 2016.

This year Jerome celebrated 41 years of sobriety having turned his will and life over to a Power greater than himself. Proud of his perseverance and grateful for many shared personal and joyous memories with their Dad are his four children, Robin (Tim) Tracy of Rapid City, Nick (Dawn) Mashek of Sioux Falls, Barb (Shane) Dippert of Rapid City, and Christie (Tony) Clark of Palmer, AK; and nine grandchildren.

Jerome was preceded in death by his parents, George and Mac.

To plant trees in memory, please visit our Sympathy Store.
Published by Rapid City Journal on Jan. 6, 2021.
MEMORIAL EVENTS
No memorial events are currently scheduled.
To offer your sympathy during this difficult time, you can now have memorial trees planted in a National Forest in memory of your loved one.
GUEST BOOK
0 Entries
Be the first to post a memory or condolences.