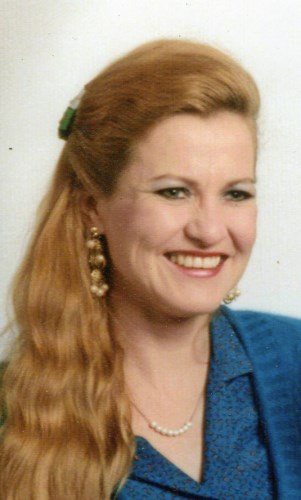 Her candle burnt brightly – on three ends. She was born in Wayne, Michigan on Sept. 8, 1957, to Allan Soli of Milton, North Dakota, and Marjorie (Cox) Soli of Hot Springs, South Dakota. Her father flew DC-3s for North Central Airlines out of Willow Run Airport.

She moved with her family to Ypsilanti, Michigan in 1960, but most summers, she and her family would spend weeks or even months visiting her grandmother, Margaret (D'Arcy) Cox in Hot Springs.

Her family moved to Lakeville, Minnesota in the summer of 1968 near Antler's Park. A rural town then without a single traffic light. She had two pet horses she cared for, Snowflake and Sissy. She played on Lakeville High School's first girls' basketball team. Grandma Cox – an immigrant from Galway Ireland –cheered at her games. She painted her bedroom orange.

After graduating from high school in 1975, Kathleen went to college at Winona State in Minnesota and graduated from the University of North Dakota in 1979. She taught English in Morocco for two years for the Peace Corps. She went to graduate school at George Washington University and obtained her master's degree at the Antioch School of Law in Washington, DC. After a year of living with her brother at Scott AFB, Illinois, Kathleen moved back to the Black Hills where she worked for the forest service.

While at UND, she bought an old $200 AMC Gremlin and managed to keep it running several years with a pile of spare parts from Rapid City junk yards and help from her father (who had retired to Johnson Siding in 1978). That Gremlin left Highway 44 at least a couple of times going around some curve or other in the winter.

After her time with the forest service, she entered the Air Force as an officer and spent her career skipping from Texas, Washington (state), Florida, Alabama, Utah, Japan, South Korea, Italy, Germany, and the Netherlands. She retired as a major to Johnson Siding - across the Creek from her parents' house – in 2007, in a house abutting the National Forest with her son, Justin. She loved living in the Black Hills, and climbing "Buck Hill" behind her house (named after a familiar ski slope in Minnesota). She would regale friends and relatives with jokes with an affected Irish brogue and general good humor in person or on the phone.

She stayed in close contact with her adored father across the creek after her mother passed away, sharing memories and stories, attentive to his needs. She'd exchange Norwegian jokes with him. Dad's first language was Norwegian (Dad's mother was an immigrant from Norway. Legend has it she missed riding on the Titanic because her shot records were incomplete, and had to take a later boat).

Kathleen's health began to fail the last few years. But she kept in contact regularly with friends and relatives by phone. She started painting the deck of her house orange. She missed her father who passed away this January. She followed him. Now her phone is silent, her house is empty, and her deck unfinished. We will miss her.

Kathleen was preceded in death by her father, Allan Mentor Soli, and her mother, Marjorie Louise (Cox) Soli. She is survived by her son, Justin Soli and his wife, Andrea; her brothers, Robert Soli and his wife, Johanna, and Bryan Soli; and her sister, Kristina Soli; plus five nieces, two nephews, and a handful of grand-nieces and nephews.

Services will be at 1 p.m. on Monday, June 28, at Osheim & Schmidt Funeral Home. Burial will be at 3 p.m. at Black Hills National Cemetery near Sturgis, with full military honors rendered by the Ellsworth Air Force Base Honor Guard.