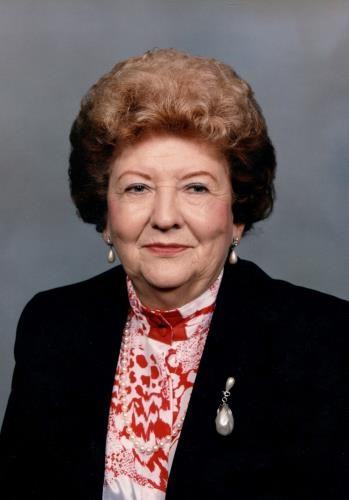 Millie was born April 1, 1928 in Polson, MT, to Harry Houston Bonser and Cecelia Theresa (nee Ducharme) Bonser, the youngest of seven daughters. She was an enrolled tribal member of the Confederated Salish and Kootenai tribes in Montana. In 1947 she graduated from Ogallala Community School in Pine Ridge, SD. Later she attended Chadron Prep school in 1948 and received a Teaching Certificate.

Millie married the love of her life, Charles Frederick "Fred" Gerber on May 28, 1950. To this union two girls were born, Elsie and Paula. She taught at numerous schools on the Pine Ridge reservation while her husband Fred owned and operated a Mobile Gas station until he passed away in July 1968.

After her husband's passing Mildred and her girls moved to Spearfish, SD, where she attended Black Hills State College, received her Bachelor of Science degree in Education, and single-handedly raised her daughters.

An intelligent and educated woman, Millie was also a "world traveler" having been to Europe, on multiple cruises, and across the entire United States from San Francisco, CA, to Orlando, FL.

She did some amazing things in her lifetime, from being a USO girl during WWII, working for Southern Pacific RR in California, to teaching (including Olympian Billy Mills in elementary school!), and many other varied accomplishments, including speaking Lakota.

She is survived by her daughters, Elsie Converse and Paula Gerber, granddaughter, Dael Hendren (James Nielsen), and great-grandchildren, Elsianne and Conlan Nielsen, all of Scottsbluff, NE.

A private celebration of Millie's life will be held at a later date at St. Francis Episcopal Church in Scottsbluff.

The family suggests that anyone wishing to honor Millie's life should donate to www.re-member.org, which is a nonprofit assisting those in need on the Pine Ridge Reservation, or to any charity.

Online condolences may be made by visiting Millie's memorial page at bridgmanfuneralhome.com.

To plant trees in memory, please visit our Sympathy Store.
Published by Rapid City Journal on Nov. 21, 2020.
MEMORIAL EVENTS
No memorial events are currently scheduled.
To offer your sympathy during this difficult time, you can now have memorial trees planted in a National Forest in memory of your loved one.
Funeral services provided by:
Bridgman Funeral Home
GUEST BOOK
2 Entries
Thinking of you both, Paula and Elsie. I remember sweet and silly stories we used to giggle about Paula. Your mom was always so kind. Sending you the same peace and love your mom has now.
Jolene Sunding
November 24, 2020
Paula and Elsie, So sorry for your loss. I remember her as a very nice lady. Thinking of you.
Sandee Chyba Ehly
November 21, 2020